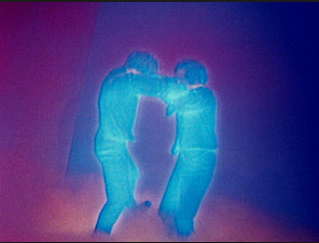 Last week's Observer featured a three-page piece by Miranda Sawyer headlined Trouble at the Today programme: is it losing its grip?

I had to smile at the tone of it. It reminded me, ironically, of BBC reporting.

Miranda presented herself as someone dispassionately, you might almost say 'impartially', attempting to get to grips with the growing criticism of Today.

But she then proceeded to give all the programme's critics free rein, and to slip in her own partisan barbs in support of those critics, and to frame her 'balancing' challenging interview with Today editor Sarah Sands with Sarah Sands-undermining comments.

Anyhow, all of the criticism of Today in her piece came from a certain type of person - socially liberal, pro-EU, left-wing...

...though this probably wasn't particularly surprising given that the criticisms she aired derived entirely from reading her own media & social media feeds - i.e. her own echo chambers.

When you boil it down to its essentials, her piece makes a number of points:

Secondly, they want the BBC to cut all pretence of balance when it comes to debates on contentious issues (including climate change and Brexit). They want primacy given to experts who agree with their point of view and want non-experts (or wrongheaded experts) who don't share their point of view to be either shunned or scolded by the BBC.

Thirdly, they want shut of John Humphrys because he's not in tune with the #metoo spirit of the age and they think he's pro-Brexit (and shows it).

This kind of thing is like entering a hall of mirrors. And today's Feedback on Radio 4 was a hall of mirrors within a hall of mirrors, with that Observer piece providing a launch pad, and various selected like-minded listeners piling in against John Humphrys, and with Sarah Sands facing a probing from Roger Bolton.

(Their discussion about John Humphrys, with Roger leading the charge against the Today veteran, reminded me of several ITBB posts past where I kept on wondering aloud about whether Roger Bolton had it in for John Humphrys - eg. here, here, here and here for starters).

I thought of transcribing it for you but Sarah Sands's style of speaking is too conversational to render easily without wasting hours doing so, but I'll try to distil her merrily rambling responses nonetheless:

She blames a more polarised news landscape and an increasing intolerance of views that aren't shared and - doubtless having a dig at Miranda Sawyer - says that people are building up 'evidence' based on their Facebook feeds.

She defended herself from the charge (raised by Roger Bolton) that she was siding with pro-Brexit types by being shown on images posted on social media being at a lunch party with Nigel Farage and Liam Fox by saying she was with Sadiq Khan at that same event.

And she defended John Humphrys against further charges of being out-of-touch on social issues by citing praise for him, putting his remarks in context and saying that when it comes to holding power to account there's still no one quite like John.

You'll have to listen to it for yourselves to get the full effect but - like that Observer piece - this Feedback edition, ringmastered by Roger Bolton, felt like entering an alternate universe.
Posted by Craig at 21:54