A hardline take on the BBC's use of language 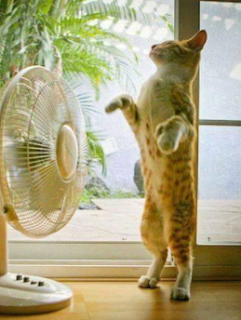 It's certainly been a swullocking day in Morecambe today. The bay is looking like the Bay of Naples and it's so hot here that a volcano has just this very afternoon sprung up over the sea on the Furness Peninsula and within minutes erupted and buried Barrow. (Our thoughts and prayers, etc).

Another word that's been on my mind recently is 'hardline'.

As you know, 'hardline' means "advocating or involving a rigidly uncompromising course of action". Its synonyms include:

The BBC has been putting it to quite a bit of use in recent days, especially to describe certain UK politicians. (Can you guess in advance which ones?)

Just looking at BBC Breakfast on Saturday morning (with help from TV Eyes), the BBC presenters and reporters used the term 'hardline' about Mrs May's Brexiteer cabinet members at least eight times, including such phrases as "hardline critics of the European Union in her cabinet".

And Uncle Mark Mardell, whilst telling us a tale today, gave us a particularly fine example on this afternoon's The World This Weekend (also concerning Mrs May's Chequers cabinet meeting):

The seven hardline Brexit ministers knew they were in a minority in the oak-panelled room.

Is there a pattern emerging there?

So let's go back to June where there are 118 TV Eyes results for 'hardline'. Are there any Remainers described as 'hardline' by BBC reporters? Any left-wingers? Any pro-mass immigration people? Any EU officials?

Yes, there's definitely a pattern there, isn't there? Opponents of mass immigration, right-wingers and people who want Brexit to mean Brexit are the people the BBC chooses to call 'hardline'.

Do you think they're using the word in a neutral sense when so doing? I don't.
Posted by Craig at 17:20