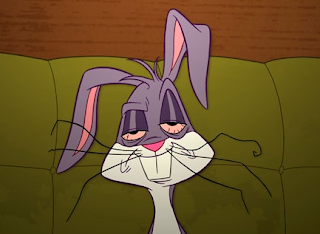 The BBC has been under attack for bias again this week.

You can probably put aside the celebratory bottles of Prosecco or (for Nigel Farage fans) magnificent English beer though.

The attacks have been without substance. (You might even call them 'fake news'.)

Nonetheless, the BBC has been preoccupied with them and heavily on the defensive against them.

Well, there was Kirsty Wark on Newsnight on Friday night getting slammed by one of her guests after he'd appeared (at Newsnight's invitation) on her programme - namely Cadwalldrista Chris Wylie:

Was just on BBC Newsnight and yet again they try to shut down an established fact: Vote Leave cheated and broke the law in the referendum. That's not an 'allegation'. That's a fact. That is the finding of the Electoral Commission and is why Vote Leave was referred to the police.

Thousands of #FBPE types, along with Carole Cadwalldr, Alastair Campbell and the other usual suspects (even Nick Cohen), then amplified this charge and it spread (like myxomatosis in the 1950s) across the interweb.

And yet it was all 'fake news'.

Christopher Wylie, Carole Cadwalldr, Alastair Campbell and all of the pandemomic legions of #FBPEs had either misheard or misunderstood (or deliberately misinterpreted) what Kirsty had said.

(P.S. I'm slightly stunned to be defending Kirsty Wark on a question of bias).

Kirsty Wark hadn't said what the Cadwalldristas claimed she'd said. Kirsty was talking about Chris Wylie's claims about Facebook not about Vote Leave.

As former BBC man Gavin Esler (now a fervent anti-Brexit Twitterer) accurately put it in a response to the head of the Cadwalldr community: "Carole, I am a great admirer of you work but Chris said Facebook acted illegally - that is an allegation. The FACT is that they found Vote Leave broke the law. My former colleague Kirsty Wark was being rigorous and accurate".

An entire Twitterstorm was therefore based on few thousand very vocal people (including at least two journalists at a respected Sunday newspaper, The Observer) either not understanding or not wanting to understand Kirsty Wark's questions and crying 'BBC bias!'

(Whither English Comprehension these days? Or can it all be blamed on Kirsty's habit of slurring her words slightly, as she's wont to do?).

BBC editors scrambled onto Twitter and the BBC Press Office was pressed into a rebuttal:

Naturally the #FPPE brigade didn't accept any of the BBC's rebuttals, even though the rebuttals were correct, and the storm has gone on and on, like...simile alert!...a mad rabbit hopping its way up Mount Everest without an oxygen mask.

This stuff and nonsense is taking up a lot of the BBC's time at the moment.

A second (related) example from this morning, with some typical and some untypical responses:

PETER JUKES: Arron Banks is believed to have donated £8.4m to the leave campaign, the largest political donation in British politics... “He failed to  satisfy us that his own donations had, in fact, come vrom (sic) sources within the UK.” Says  Damian Collins, Washington Post. This should be BREAKING news on the BBC. A cross party parliamentary select committee has concluded that Britain's biggest ever political donor could well have been funded by a foreign power. This is illegal. It's also treacherous. Silence in the face of this is complicity.
GUY LAMBERT: We won’t have a BBC in 10 years time. Endless tweets like this will kill it. Every day it’s “why isn’t the BBC doing what I want it to do in the exact way I want them to do it?” Most of them turn out to be untrue anyway. Peter Jukes will one day wake up without it and wonder why.
SCOTT MATTHEWMAN: Indeed, Damian Collins has just been on Radio 4 talking about these very issues.
GUY LAMBERT: Oh really? What show? I’d like to hear that ta.
SCOTT MATTHEWMAN: Broadcasting House. And his comments then made one of the lead items in the 9:30am news summary.
TOM JAMIESON: Was one of the lead stories on BBC news all day yesterday - interview on Today etc etc.
ROB BURLEY: Also, the DCMS Committee story is on the front page of the BBC website.
NIK MORRIS (to ROB BURLEY): Nice of you to catch up. Who forced your hand?

Ah, but to our old friend Scott's point that Damian Collins was on Broadcasting House slamming Arron Banks and Dominic Cummings (and thus debunking Peter Jukes's complaint), there's always something else for the #FBPE crowd to come back with and defeat Scott with. Here's one of their other leading Twitter voices, Tim Walker, reacting to that very same interview:

Absurd larky isn’t-this-all-a-laugh tone to the Broadcasting House report on @BBCRadio4 on the fraudulent win of Leave in the EU Referendum.

Well, it wasn't a 'report'; it was an interview. And it was with Damian Collins, the man Carole Cadwalldr & Co. are praising today. And it was the programme's lead story. And it wasn't larky. It was just Paddy O'Connell doing what he always does in his usual manner.

So, yes, even when - as on Newsnight or Broadcasting House - such people are seeing their favourite stories get prominent and extensive BBC treatment - and, in BH's case, just seeing someone from their side of the argument being interviewed, it still isn't enough. The tone has be how they'd like it too. Paddy has to stop being Paddy just for them.

And there's more - again from this morning:

And it goes on. The World This Weekend this weekend has been under sustained rocket attack from the same social media crowd for not going with the Arron Banks/Dominic Cummings Leave fraud story and, worse, for going instead with the possible suspension of Ian Austin from the Labour Party and making antisemitism in the Labour Party the programme's main focus.

Please gird up your loins in advance because here's a flavour of those complaints (without corrections to spelling or grammar!):

Not content with having their story of choice as the lead item on Broadcasting House such people also wanted it to be the main story on The World This Weekend.

And they must definitely don't want antisemitism in the Labour Party to be made a made topic of conversation on the BBC, even on the day when Ian Austin MP followed Margaret Hodge MP down the disciplinary route.

Yes, they want it all their own way.

The extended feature itself was scrupulously 'balanced'. First came Ian Austin MP and then the Schindler family. They were in the anti-Corbyn camp. Then came Professor Geoffrey Bindman QC and Richard Burgon MP to represent the pro-Corbyn camp.

However, after all of this onslaught of foolishness from 'the other side', what do you make of this framing narrative from Jonny Dymond (aka Johnny Diamond) prior to his interview with Mr Corbyn-friendly Sir Geoffrey Bindman? (The emphases underlined here are Jonny's, though the bold emphases are mine):


Cathy Schindler there referred to the ongoing controversy over Labour's adoption of the International Holocaust Remembrance Alliance's definition of anti-Semitism. The refusal to adopt the definition and working examples in full has caused some to doubt the party's commitment to the battle against anti-Semitism. That refusal was in part of the reason why, this week, three Jewish newspapers put on their front pages a statement of their deep concern about Labour's position on anti-Semitism. Why? They said that Jews faced an existential threat if Labour came to power. But the party has adopted the code in full and, in effect, all but one half of the examples that were issued alongside the code. The single sentence that it has not adopted from the one working example has been admitted, it says, so as to allow for legitimate criticisms of Israel. The adoption of the code has yet to be voted on and is still up for consultation.

What do the Twitter crowd (who seems to have missed) make of that?

There's the BBC's Jonny telling The World this Weekend listeners that Labour has basically adopted the IHRA in full, except for "all but" half the added examples and a "single sentence" that sounds entirely reasonable. And it's all up for discussion.

So what's the problem, eh?

And that statement was immediately followed by Jonny introduced Sir Geoffrey, who reinforced this message about the good will and good wording of the Labour re-working of the IHRA definition of antisemitism.

And how did Jonny introduce the controversial QC?

Aha, an expert (of a certain kind)!

Is this a case of me being as silly and partisan as the Corbynista/Cadwalldrista crowd? Or am I being reasonable in my criticism of the BBC while the others are being unreasonable?

Meanwhile, I'm going back to my early teens and a favourite pop song of mine at the time. (Will it finally overpower the overpowering voice of Comrade McDonnell on this blog?...Update: Aargh, no. It looks as if we're cursed with Old McDonnnell for a view days more yet!