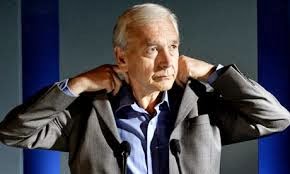 When former BBC director general Mark Thompson admitted that the BBC had once had a "massive left-wing bias", Feedback presenter Roger Bolton declared himself "baffled and rather irritated" by Mr Thompson's comments, and sounded off in a letter to the BBC's in-house magazine Ariel, dismissing the idea of left-wing bias at the BBC out of hand.

Whenever that sniffy tone enters his voice on Feedback when the subject of political bias crops up, I always remember that Roger Bolton thinks I'm wrong about the BBC's political bias - its left-liberal mindset - and that he doesn't believe there is any such problem, and has said so.

Indeed, his views are so well-known on this subject that he should, perhaps, absent himself from any interviews on Feedback where the issue at hand is 'liberal bias at the BBC', in the same way that John Humphrys absents himself from interviews on the subject of assisted suicide (on which he has strong public views).

Such thoughts arose during this week's Feedback.

I began by wondering if he found himself equally "baffled" and "irritated" by John Humphrys's admission (to the Radio Times) that the BBC did have [past tense] a "broadly liberal" bias, especially on such issues as immigration and the EU, and that it was "over-managed".

I'd say from his tone on this week's Feedback, the answer to that sounded very much like 'Yes'.

In his introduction he said that John Humphrys's remarks had been "seen by the Daily Mail and some listeners as confirming their long-held suspicions" (obsessed with the Daily Mail, aren't they, these liberal BBC types!), and this is how he introduced John Humphrys later on:

The BBC's long-standing critics lapped it up and his comments were - predictably - headline news in a number of papers, many of which are keen to see a smaller BBC and the end of the licence fee. Was Mr Humphrys accurately reported and, if so, does he regret the timing of his remarks? 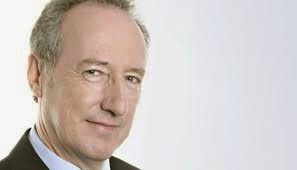 Roger Bolton: [I] asked him first whether he has been correctly quoted.

John Humphrys: Pretty much. Well maybe not the "grotesquely", maybe that was a little bit of hyperbole, but "seriously"...let's substitute "seriously" over-managed.

John Humphrys: It used...it is getting better. I have to say that, Roger. Things are improving. You do see...(laughing)...You don't necessarily see the odd head rolling but you do see a few changes and slightly fewer managers - though I haven't counted them all. It's the sense you get.

Roger Bolton: There is a question mark about whether you should say it publicly at this time, because...

John Humphrys: Why not? Public money!

Roger Bolton: Well, some people would say (1) because there's a campaign going against the BBC and, therefore, you're aiding its enemies. that's one argument...

John Humphrys: Well, I think that's nonsense. Can I deal with that?

John Humphrys: ...because of course it's nonsense...aiding its enemies! The idea that presenters like me [just listen to Roger Bolton's heavy breathing here. It sounds like he's hyperventilating] or anybody in the BBC should take the view that the BBC is owned by the managers or by some other force than the licence payers is...and that is grotesque. The BBC...and this will sound pompous, forgive me...The BBC is owned by the viewers and the listeners, the licence payers, and they should be told what people who work for the BBC think about it. They've a right to know that, it seems to me, and it's not being disloyal. It's being exactly the opposite - it's being loyal.

John Humphrys: (laughing) It ought to be!

Roger Bolton: ...and when I also read in the paper you occasionally contribute to, the Mail, that David Dimbleby's being told to go easy on...

John Humphrys: Yes. There'd be a very short sentence delivered, I think, the second word of which would be "off".

Roger Bolton: So when people say "admit conspiracies on the BBC about this and that", have you been part of a conspiracy on Europe or on immigration or on anything like that?

Roger Bolton (incredulously): What do you mean by that?

John Humphrys: What I mean by that is that when we have considered Europe for instance we've considered it...Look, let me go back just a step. I was born during the war and I was brought up in a country that was terrified of war happening again. That was the thing that scared us all. It was always there. The spectre was always there during my childhood, and my youth as well for that matter. And anything that came along that might result in no more wars in Europe was to be welcomed, was to be embraced, was to be encourage, and so when the European Union came along a lot of us thought, "Absolutely wonderful! No more wars...

Roger Bolton: Yes but you're inviting..but John..the point surely is this: It's not what people may feel in the BBC. It's whether they control those feelings and remain as objective as possible. So to make the claim that the BBC was liberal is to say that its policies and its decision-making were liberal, not necessarily that those....

John Humphrys: No, not really. I made the claim that the mindset was liberal. So, when somebody suggested...might suggest on this programme or others, 'Let's do so-and-so', a particular politician who was known for his anti-European...his sceptical views...people would tend to say, 'Urgh, a bit bonkers, isn't he? Hmm, well maybe not', and maybe he wouldn't then be interviewed. So it wasn't rampant. I'm not suggesting...I didn't suggest in that conversation...that Radio Times conversation...that it was rampant, that we were kind of foaming-at-the-mouth pro-Europeans, you know, federalists to a man and women. We weren't, but there was a mindset that thought that the right approach to Europe should be supportive. So, no, of course there was no conspiracy, but it was a mindset, it was an approach. And I think if you do an analysis of our coverage during those years, I think that's the impression you would gain as well.

Roger Bolton: Isn't the problem, for you in particular. You've expressed the view that the BBC is "grotesquely over-managed" [Roger had obviously already forgotten the opening of the interview] and has "a liberal bias"...or had "a liberal bias"...and people will remember how tough you were with the former director general...no suggestion you were on his side or the BBC's side there...but isn't the problem the next time you do something about the future of the BBC, which is a really contentious issue, there's a danger that those who want to cut down the BBC will say, "And John, you agree with this, don't you, because you said it's "grotesquely over-managed". So by expressing your views on this issue, haven't you compromised your ability to conduct a discussion about the future size, make-up and nature of the BBC?

John Humphrys: I don't think so, because I was talking about the BBC is it was and I also said it is changing, so that if I were to interview somebody who said "You think it's grotesquely over-managed"...let's get over the word "grotesquely" if we can..."therefore what should be done about it?", well, I would say "I'm not going to answer that question (laughing) because...I don't provide the answers, just the questions".

Roger Bolton: No, they'll quote you. The point I'm making, John, and it is difficult for all presenters. If they express themselves forcibly on a matter of public contention and debate [just as Roger Bolton himself did in strongly dismissing claims that the BBC has a strong political bias] when they come to chair something in which they're required to be seen as objective they are compromised [such as presenting 'Feedback'?].

John Humphrys: Well, on some issues you'd be absolutely right. I don't, for instance, conduct interviews on assisted dying, which is a hugely contentious area, and I've written a book about it, and I have views about it, and I told the BBC I was writing the book and they said 'Fine!' and I agreed without hesitation. I suggested that I shouldn't do interviews on it, and of course I don't. So, the BBC is different. We are ALL the BBC. That's my point. And I am entitled, even as a presenter on the BBC...I'm as entitled to have a view, which is that it was over-managed, we are beginning to get on top of it now, the director general thinks it was over-managed, everyone in the BBC thinks it was over-managed, maybe still is, maybe some more work needs to be done. I don't think that's contentious, and I think it would be po-faced for me to say, "Oh, I am not going to express a view on that". Everybody knows what I think anyway, certainly in this place they do. I've not made a secret of it for the last...

Roger Bolton: And just finally, and just finally for the record: Has any editor ever told you to go soft on a political interviewee?

Roger Bolton: And has anyone ever told you to go soft on the subject of immigration?

Roger Bolton: Has anyone ever told you to go soft on the subject of Europe?

John Humphrys: Nope. But that doesn't prove the point, Roger, because I don't edit the programmes. I don't decide who gets interviewed. And that is crucial to it.

I'm prepared to be unautonomous is agreeing with his point that John Humphrys only makes things worse for the BBC in this interview:


...what the BBC hadn’t counted on was Humphrys inadvertently making the hole even deeper, with comments about the editors and how they work, which confirms all we have asserted over the years about ‘bias by omission’, where voices that dissent from the BBC worldview are deliberately denied airtime, effectively censoring the counter viewpoint.

The bias problem at the BBC that Humphrys is at pains to tell us is a thing of the past, is still very much alive and all too apparent. But thanks to Humphrys’ candid comments, we now have helpful confirmation that the BBC treats with contempt and frequently excludes from its programmes those who do not share its worldview (unless they are so poor a speaker or utterly disagreeable that they put people off) and that contributor selection is what counts.]