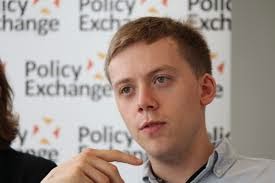 Since many of us have been flabbergasted and rendered speechless by a CIF article entitled:
“It's the BBC's rightwing bias that is the threat to democracy and journalism”  I feel obliged to mention it here.
Owen Jones has many enthusiastic fans, who  agree with him; at the time of writing there are 1671 comments to prove it.  Well, not every single one of them is from a fan, but this is, after all, the Guardian.

A great deal of obfuscation has been caused by the general lack of any robust definition of the terms left and right wing. Many participants in the debate seem to be at cross purposes. People wield these terms pejoratively, randomly applying them to anyone who doesn’t agree with whatever pet bee they have in their bonnet.

However, even allowing for that, Owen’s argument is flimsy / teetering on gossamer thin. When it disintegrates his fans will be suspended in mid air.

He begins by citing the appointment of Newsnight’s new economics guru, a left-winger called Duncan Weldon. When I say ‘citing’ he wasn’t agreeing with the opposition’s argument that this appointment proves the BBC’s left-wing bias. Rather, he was using it to ridicule those who do make that allegation, in a feeble attempt to show that they are clutching at straws.

He does this by calling Weldon’s left-leaning affiliations ‘crimes’. Of course I don’t mean Owen was really calling them crimes. He was insinuating, sarcastically, that the opposition regards them as such. Here I see Harry Enfield’s ‘Kevin the teenager’ saying  “So it’s a “crime” to work for the TUC and have a political background?” He’s saying it to his mum who has made some innocently bourgeois remark.

Next, he brings in the Daily Mail. When people bring in the Daily Mail, I always remember that we do the same thing with the Guardian. See? I did it in my first paragraph. So, if you accept that one Daily Mail cancels out one Guardian, it’s even stevens.

Here comes Peter Hitchens, Who can I pitch against Peter Hitchens? We might be into heavy deficit here, balancing one or two righties against thousands of lefties, if it weren’t for the fact that Owen has saved me the trouble of writing a very long list, by voluntarily supplying himself. He is the one who refers to a radio 4 documentary presented by Hitchens, featuring one Owen Jones.  Shall we call that even stevens with a large reserve, (to me) on stand-by in the bank.

Next, a complaint from George Osborne’s private secretary no less, who objected to Owen having been introduced as a “social commentator” rather than a “high-profile leftwing activist”  I think there are enough counter claims out there to make Owen’s ‘evidence’ look decidedly uncharitable, if not a little self-important-by-stealth. High profile? What’s not to like?
Under any other circumstances Owen might have joined the private secretary in that complaint.
Instead he counters with “I am routinely introduced as a "leftwing firebrand", but have yet to hear the likes of Hitchens or the Times's stridently Conservative Tim Montgomerie described by BBC presenters as "rightwing firebrands".

By bringing up the private secretary’s justifiable complaint and immediately showing how seldom it occurred (“I am routinely introduced as a "leftwing firebrand") he rather defeats his own argument. He even does so without any help from numerous examples that could easily be cited, namely think tanks being 'routinely' labelled ‘right-wing” where left-leaning outfits equally routinely being presented as impartial.

So, we have one complaint from a Tory about what Owen himself claims is one isolated ‘misleading’ intro, pitched against multiple complaints from non-leftists about rightwing bodies being labelled as such when leftwing bodies are presented as impartial. Not only think-tanks, but  extremists like Ghada Kharmi and Abdel Bari Atwan being “routinely “ introduced as ‘Middle East experts’ . So, shall we be generous and call that evens, but with enough in hand to shrivel that weak argument like a salted slug.

Next comes a chunk of completely subjective opinion. All Owen’s ideas might equally have been thought up by any of his opponents, substituting ‘left’ for ‘right’ where applicable like one of those reversible jackets with pockets cleverly positioned which ever way round you wear it.

“It is a campaign based on myths and deception, but it is extraordinarily clever. It allows the right to police the BBC: to make the corporation fearful of crossing certain lines, and to ensure that the right sets the political agenda.”

Or, in reverse:
It is a campaign based on myths and deception, but it is extraordinarily clever. It allows the left to police the BBC: to make the corporation fearful of crossing certain lines, and to ensure that the left sets the political agenda.

It works.
Let’s reverse the next bit, just for fun:

Rightwingers are reluctant to return fire for fear they will help to fatally undermine the BBC. After all, its existence is refutation of the dogma of "public good, private bad", and much of the left would like to nationalise it”

“The Murdoch empire, only temporarily cowed, is always circling: a few years ago, James Murdoch attacked the "dominant BBC" and called the scope of its activities "chilling". But the left's reticence is symptomatic of a wider phenomenon – of a right with few scruples about going on the offensive, while the left adopts a relentlessly defensive posture.”

How about the reverse version:

The BBC, only temporarily cowed, is always circling: a few years ago, the BBC attacked the "Murdoch empire" and called the scope of its activities "chilling". But the right's reticence is symptomatic of a wider phenomenon – of a left with few scruples about going on the offensive, while the right adopts a relentlessly defensive posture.
So I had to substitute the evil Murdochs with the BBC, but you still get the drift. It’s mere opinion, with little significance once you put it into context by taking into account whose opinion it is.

Next comes the assertion that the BBC is stacked full of rightwingers. What? Chris Patten, Nick Robinson, and a few more. Even some of Owen’s loyal supporters noticed the flaw in that evidence. Some of them readily admit that a handful of 'technically' rightwingers, former rightwingers, rightwingers in name only and individuals affiliated with the above are but a drop in an ocean of leftwingers, former members of the labour party, people affiliated with the labour party and so on and so on that are employed by the BBC.

He’s accusing John Humphrys now, because apparently Humph has acknowledged that there was liberal bias. “He joined the chorus of voices” says Owen in his Kevin voice. So there is a chorus? If there is such a chorus, mightn’t Owen wonder if there’s anything in it? No, he might not.

Next, comes Cardiff University, which Owen cites as a reliable source of impartial research rather than a high profile politically biased hotbed of leftwingers. So much for disingenuous labels.
From the New Statesman

“Along with a group of colleagues at Cardiff University, I recently completed a major content analysis of BBC coverage. This research was funded by the BBC Trust as part of an ongoing series of studies examining the impartiality of its reporting in areas such as regional news, the Israel-Palestine conflict, the Arab Spring, business and science.”

For too long, the right has got away with weaving a fairytale of BBC leftwing bias. Until the left starts complaining – and loudly too – the BBC's agenda will be shaped by supporters of government, big business, the free market and western foreign policy. That does not just subvert honest journalism: it undermines our democracy.

Let’s reverse that to see how it works.

For too long, the left has got away with weaving a fairytale of BBC rightwing bias. Until the right starts complaining – and loudly too – the BBC's agenda will be shaped by opponents of government, big business, the free market and western foreign policy. That does not just subvert honest journalism: it undermines our democracy.