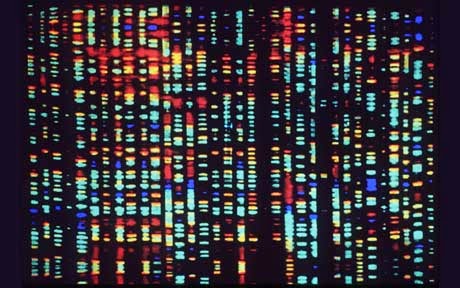 As this is a blog about BBC bias, did this week's Newsnight feature any biased segments?

Well, yes it did. Take last night's edition of Newsnight, for example.

The studio debate on the ethics of setting up a national DNA database - which would allow the sharing of our personal genetic information with interested parties (doctors, the state and drugs companies), a prospect that's becoming increasingly likely given the growing ease and cheapness of gene-mapping, in order to advance the highly desirable goal of personalised medicine - featured two studio guests, and both of them were in favour of the database and spoke reassuringly about the potential risks to privacy that might result from it.

Laura Kuenssberg's questions were asked from the 'privacy fears' angle, thus providing some counter-balance, but surely having one broadly pro- and one broadly anti- guest would have been a better solution?

Caspar Bowden ‏@iankatz1000 how was genome piece in any way balanced? bloke opposite @rohan__silva even more keen. Consider an information privacy expert?

He also called it "@BBCNewsnight propaganda for a national genome database".

Rohan Silva also presented the preceding report (oh, yes, a former Cameron advisor presenting a Newsnight report! What would Owen Jones say?), and his report featured a fellow government advisor, Sir John Bell, who also happens to be in favour of such a database and the sharing of our genetic details for the public good.

Now, Rohan's report, and Sir John's take, were full of caveats, and neither shied away from raising plenty of doubts and difficulties, especially as regards privacy. So the report was both thoughtful and thought-provoking.

But Mr Bowden still has a point.

Admirable as both Rohan Silva and Sir John Bell were in questioning their own position on the issue, it remains true that both of them, along with Prof. Montgomery, are in favour of it, and that all three of them believe that the risks are small (if we proceed with a due degree of caution). Rohan's report didn't eliminate the negative but it did accentuate the positive.

Therefore, there should have been a much more sceptical voice to counter-balance them.

Still, it was a fascinating subject, and it was good that Newsnight tackled it.

I myself find the prospect of such a DNA database and its potential to revolutionise medicine for the better quite thrilling. Whether I've fallen for @newsnight @bbc propaganda over time I doubt, but you never quite know.
Posted by Craig at 15:21