1. R.E.
Religious education can reduce religious misunderstanding and conflict according to a new report by the All Party Parliamentary Group on RE. Edward Stourton talks to Stephen Lloyd MP and former counter terrorism minister Hazel Blears. 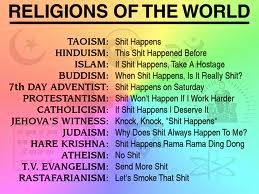 This opening segment returned to a topic first discussed on Sunday a couple of weeks ago, when the programme featured a very one-sided report about the effect government bursary cuts might have on RE knowledge. That report consisted of campaigners from only one side of the argument (the side critical of Michael Gove). Then, on the edition of Sunday from two weeks ago, came an interview with Liberal Democrat MP Stephen Lloyd from the All Party Parliamentary Group on RE, who turned out to be on the campaigners's side and critical of Mr Gove. It all sounded rather biased...ah but, the presenter of that edition, Shelagh Fogarty, informed listeners that the government was invited onto that edition of Sunday to respond but "declined to put anyone up". I wondered, on that day's blog-post, why Sunday hadn't tried harder to ensure the presence of someone from the opposing side of the debate even if no minister was available, especially given all the time they'd had in the run-up to Sunday morning to make contingency plans.


Well, this week we heard again from Lib Dem Stephen Lloyd...though Edward Stourton wrongly introduced him "the Conservative MP Stephen Lloyd". (Ed will need to say several 'Hail Mary's for that.) We heard Mr Lloyd re-iterating his point that RE is essential for reducing tension in multi-faith communities and criticising Michael Gove again. Then came Labour's Hazel Blears, who agrees that RE helps reduce friction between communities - though her focus was more on (Muslim) extremism and terrorism. (Mr Lloyd seems rather more concerned about countering what certain newspapers say about a certain faith community). Edward asked her if Michael Gove "gets that", but she refused to bite on that invitation to attack the Education Secretary.

So where was the voice from the other side of the argument this time? Where was someone, say, who thinks that the bursary cuts for RE teaching are unfortunate but necessary in the present economic climate, with the funding being better spent on other subjects, like ICT, Science or Maths? 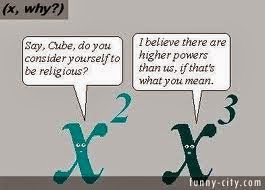 Or someone who thinks that the way RE is presently taught doesn't help reduce tension in multi-faith communities, or might even harm it?

Once again though, the answer came: No one from the Department of Education was available, with Edward Stourton huffing that Sunday has now asked them twice to put up someone to appear on the programme.

For the life of me, I can't work out what's so flipping hard about having a contingency guest on stand-by to ensure a fair range of opinions if the government refuses to appear on your programme - especially when you've got an entire week to prepare for such an eventuality.

2. How Pope Francis is seen by U.S. Catholics
Matt Wells reports from the grassroots of American Catholicism on reaction to Pope Francis' first year in office.

Edward Stourton introduced this report by citing a recent poll showing that 7 out of 10 American Catholics think that Pope Francis represents a major change in direction for the church, but that (despite, the so-called Francis Effect), there's been no return to the pews by lapsed Catholics.

As I like ferreting out polls, the one cited is from Pew. Its main graphic struck me as an interesting one, showing that Francis may be outpolling Benedict XVI but he's still got some way to go to beat the approval ratings of John Paul II.

David Cameron mentioned Dr Wise's (late 2000s) discovery of his Jewish ancestry during his speech to the Knesset this week. Using sources ranging from the University of Leipzig's library and Burke's Peerage through to the 1871 Census of England & Wales and a gravestone in the Lido Jewish cemetery in Venice, he found that Mr Cameron is a descendant of Emile Levita, a German who came to Britain in 1851, became a very successful banker, owned a grouse moor in Wales and sent all four of his sons to Eton. He's David Cameron's great great grandfather. Through Emile Levita, Dr Wise was able to trace the PM's ancestry back to Elijah Levita (1469-1549), who wrote the 1541 Translator’s Book, the first dictionary of the Targums or Aramaic commentaries on the Hebrew Bible, as well as what is thought to be the first ever Yiddish novel - the Bove-bukh (The Book of Bove) - in 1507. Yaakov Wise said that Mr Cameron was "thrilled" by all of this.

Edward Stourton also asked Dr Wise about the hugely contentious issue of the Israeli parliament's decision to conscript ultra-Orthodox Jews int the military. Dr Wise says the ultra-Orthodox won't accept it, and thinks the Knesset has made "a very, very big mistake".

Sunday was bound to talk about Tony Benn...

When Margaret Thatcher died Sunday invited three guests to speak about her, only one of whom was an admirer of the Iron Lady (namely, Harvey Thomas). The other two guests were a left-leaning bishop (not a great admirer of Mrs T) and a historian who was/is an active member of the Labour Party.

Here we heard from just one guest - Leslie Griffiths, a Labour peer, Christian socialist and Methodist minister. He talked, sympathetically, to Edward Stourton about Mr Benn's views on faith.

Tony Benn himself said that his radical Christian upbringing gave him an advantage, and Lord Griffiths described his mother's influence on him. We heard that Mr Benn liked the Levellers (English Civil War-era radicals, if you didn't already know. I've always been more a Fifth Monarchist man myself), and that congregationalists [the tradition he was brought up in] are the nearest thing we have to the Levellers today. He was a "remarkable" man, said Lord Griffiths, but he ended [to my amusement] by attacking the most ultra-left of Britain's big political beasts for his "privileged position", calling him "a patrician" from a "quite wealthy background" and saying that, as a result, what he said "didn't always ring true" [which is about as unexpected a sting in the tail as I've heard in a while]. 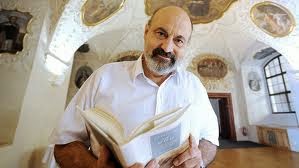 5. Tomáš Halík
Edward Stourton talks to the 2014 Templeton Prize winner Tomas Halik, a Czech priest and philosopher who established an underground university under the Soviet Union.

I will admit that I was rather hoping to hear about Msgr Halik's experiences of communist oppression but Sunday was much more interested to hear his view on "what President Putin is up to in Ukraine" [as Edward Stourton put it]. We heard from John Templeton Jnr, the Czech ambassador to London, then Tomas Halik himself.

Msgr Halik is strongly critical of Vladimir Putin. He said that we need a "strong united Europe" to balance him, that the EU is "a great idea", and that "I'm very sceptical towards the Eurosceptics". He also talked about how English Catholic writers GK Chesterton and Graham Greene influenced him.

We've not had a Templeton Prize winner on Sunday for a long time, but the liberal Catholic Msgr Halik was an obvious choice for them.

One year on from the appointment a new Pope and Archbishop of Canterbury we explore what the past 12 months tell us about the direction both are taking their churches - Edward is joined by Paul Handley of the Church Times, Madeline Teahan of the Catholic Herald and the BBC's Religious Affairs Correspondent Robert Pigott.

The final third of the programme was given over to a discussion about the respective 'first years' of the new pope and the new archbishop.

The choice of guests fully met my requirements for fairness - a conservative-leaning Catholic and a liberal-leaning Anglican - and, yes, the Catholic voice from the once-ignored Catholic Herald (kudos, us!). [The Sunday website did manage to spell her name wrong though, typically. Her name is Madeleine Teahan]. 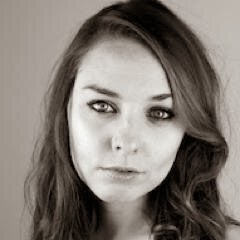 Yes, 'devil's advocate' Robert Pigott was a very BBC kind of devil's advocate [a drippingly liberal demonic creature by the sounds of it], but I rather enjoyed this discussion and it wasn't just a gathering of Edward Stourton's mates from The Tablet, as it might well have been a year or two back - which counts as progress in my book.


And that's it for another week. I'm so late in posting it today, it nearly is another week already.