He's such a BBC veteran that I seem to have been hearing his name all my life. Checking the infallible fount of all human wisdom, Wikipedia, apparently he's been a BBC reporter since 1970 - some 44 years. And now he's presenting Sunday.


So what were this week's themes?

1. Central African Republic
Mike talked to the BBC's Tim Whewell about the conflict there.

Tim Whewell himself talked about the plight of Muslims there, saying they are now very much on the receiving end of the violence, and also about the role of priests in sheltering Muslims. He said many priests are doing this, calling them "very brave". There have been death threats madee against them. He said that the conflict was not a religious issue originally, and that the Christian militias arose partly for reasons of revenge and partly because they are being used by other nationalist political forces who believe that CAR nationalism has no place for Muslims.

Several radio/TV programmes by Tim Whewell will reflect on his experiences there, so his take on the conflict will remain the dominant one at the BBC. Whether his single perspective is an essentially accurate one is something we may only know from reading beyond the BBC. 2. Immigration
John Laurenson reports from Riace where immigrants are welcome and encouraged to stay.


The BBC often gets accused - and sometimes (as per Helen Boaden, Nick Robinson, John Humphrys, etc) accuses itself - of having a pro-immigration bias. This report did absolutely nothing to refute that accusation.

We heard from a village in Italy, which you may also have read about in the Guardian last year. Refugees from Eritrea, Ethiopia, Syria, and other places are being positively welcomed there. Pope Francis was cited saying that each migrant should be treated as if they were Christ himself. Don Giovanni (yes, really) agreed, saying you're giving food & shelter to Christ himself by feeding and housing immigrants. He says there should be no limits at all on immigration, no limits on love. There should be open borders, no upper limits on numbers, no limits on social security. Riace isn't just offering emergency treatment, they are actually encouraging the immigrants to live there, to stop this village becoming a ghost town. They do jobs Italians don't want to do, said the mayor, such as looking after old people.

We also heard the experiences of a Christian Eritrean refugee & his journey to Europe. We heard of the dangerous crossing of the Med to Lampedusa, and of how he was badly treated by the Sudanese (who kept trying to get him to convert to Islam) & how he was treated even more badly in Libya (where they would beat him for refusing to convert to Islam). He says he feels free and at home in Riace. It's impossible not to feel relieved for him, and feel glad that he's now safe and sound in Europe's heaving bosom.

No then, definitely not a report to persuade people who think the BBC has a pro-immigration bias that they're in any way wrong! 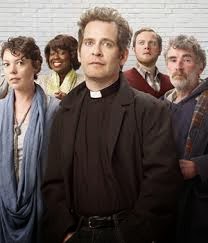 3. Rev.
Next week sees the return of Rev, the BBC sitcom about a former rural parish vicar trying to cope with the varied demands of running an inner-city church. Co-creator and writer James Wood tells Mike where he gets his material.

A plug for the "cult" TV series Rev. It's popular with clergy, apparently.

James Wood discussed some of the issues the new series would tackle.  In Episode 1 Rev. Adam Smallbone will team up with a local imam. Episode 2 will deal with gay marriage, as Adam has two dear friends who are gay and want him to marry them.

He said the team meet up with London priests and get their stories, gathering lots of material, and then decide which stories to tackle.

4. Slavery
In an unprecedented collaboration Anglican, Catholic and Islamic leaders at the highest level have given their backing to a global campaign to fight slavery and human trafficking. What is this new initiative doing that hasn't been done before? Trevor Barnes reports.

There are an estimated 29 million men and women in bondage across the world, and a global network has been set up to tackle the problem. We heard from a bishop, and archbishop and an Australian philanthropist. All power to their elbow, I say. 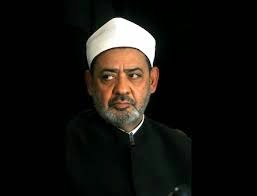 We heard that the Grand Imam of al-Azhar is on board. Trevor Barnes said that there'd previously been a strain between Muslims and Catholics because of "Pope Benedict's some would say 'unfortunate remarks' at Regensburg". [It wouldn't be Sunday if someone didn't have a dig at Pope Benedict].

5. Listener e-mails
Two e-mails were read out. One said that RE teacher's have a vast amount to teach but very little time each week to do it. The other pointed out Ed Stourton's mistake in calling a Lib Dem MP a Conservative last week. Mike Wooldridge apologised [even though it had nothing to do with him].

6. Steve Chalke on the Bible
Mike Wooldridge talks to Steve Chalke as he embarks on a social media debate which he hopes will spark answers to some "Big" Bible questions.

Leading British Evangelical Steve Chalke is hosting a Twitter debate in the coming days. He told Mike Wooldridge that the Church has a history of getting sacred texts wrong, such as over apartheid, slavery or 'women in leadership', thus ending up on "the wrong side of history", justifying "prejudice" and "oppression". He said that Martin Luther King and others show that the Bible can also be a tool for "liberation". His Twitter debate will ask, 'How can it be used both to oppress and to liberate?'.

He says he's always been inspired by the Bible, as an Evangelical, but says we now need to ask how to answer new questions that were never around in the 1st Century, such as gay marriage. This Twitter debate will discuss that too.

7. The missing Malaysian airliner
We heard from Katrina, whose brother when missing in the Alps 35 years ago. Since then she's been a counsellor, specialising in bereavement. Over that time she kept hoping he had survived. Her mother believed for a while that he had, against all the odds. She said she felt angry watching the TV seeing the grieving mother being pulled out of the room, screaming, crying. The families of the passengers will feel their sense of anxiety rising with each day. She said that everyone needs a story to hold onto. Her brother's body was finally found just last summer and was preserved enough so that she was able to hold his hand. By that stage, she herself didn't want his body to be found in her lifetime, feeling happier imagining him as a free spirit wandering on the mountain - though, she said, that wasn't the case for everyone in her family. She felt angry that that the body had been found, but....[Unfortunately, Mike Wooldridge had to cut her off at that point as they'd run out of time.]

8. The Big Bang
This week scientists recorded the first direct evidence of gravitational waves, coming one step closer to proving the Big Bang theory. Bob Walker reports on the theological implications of this.

We heard from Chris Lintott of The Sky at Night. He's an atheist. Then from Anglican David Wilkinson, Durham (of Thought for the Day fame) who said the discovery reinforces the case for a creator, as beautiful, comprehensible laws suggest a deeper story to the universe. A Muslim particle physicist then argued that we overstate Big Bang, as classical Islamic theology talks of continuous creation. An American creationist finished the report by saying that some scientists are more interested in fame than the truth (i.e. they are after a Nobel Prize) & are tweaking the model infinitely to justify the notion of a Big Bang (which he doesn't believe in.)

Well, that report certainly can't be faulted for failing to offer a range of perspectives - all the way from an atheist to a creationist.

9. Islamic feminism
Maslaha is a new project about Islam and feminism. How does Islam work within the Western ideas of feminism where traditionally religion has been left at the door? Latifa Akay and Shelina Janmohamed discuss.


This was a strange discussion, as it barely seemed to get anywhere. Latifa talked in fluent sociological wafflese throughout. She believes Islam and feminism go together, but quite how I really can't say (given how she said it). Shelina also believes Islam and feminism go together, but didn't make much of a case for that either. She did say that the "outside world" mocks them for engaging with such issues, saying that someone had just tweeted her asking if 'Islamic feminism' is a joke. Shelina believes that Islamic feminism is a bit different in that (unlike other forms of feminism) it draws on the Koran and early Muslim experiences.

The discussion might have sprung to life when Mike Wooldridge asked a question about whether she thought women could lead a mixed-gender congregation in prayer. Shelina begins waffling and seemed to be beginning to deflect the answer by saying there are more basic issues to deal with first, when she was stopped in her tracks - as they'd run out of time (again). The programme was ending.

As is this post. Enjoy your Sunday.
Posted by Craig at 10:33