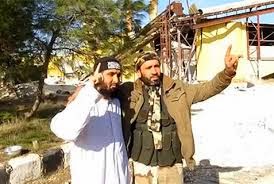 The top 'Feature' story on the BBC News website's homepage is Suburbia to Syria: The Briton who drove a truck bomb into a prison by BBC home affairs correspondent Dominic Casciani - the written counterpart to a report featured on last night's Newsnight.

The report offered a very sympathetic take on Abdul Waheed Majeed, the British-born suicide bomber (of Pakistani extraction) who consorted with al-Qaeda types in Syria before blowing himself up (taking an unknown number of people with him.)

We heard - at considerable length - from his adoring brother, who called him "a hero", and from a close friend. We also heard from an imam and various mosque-goers in Crawley who made the usual excuses. We then heard from someone from the apologists for terrorism campaign group Cage, also making the usual excuses.

The only contrasting voice came from Conservative minister James Brokenshire - and he didn't get very long in either the TV or the online versions of the report. [And I note he gets called "Brokenshire" while Cage's Asim Qureshi gets called "Mr Qureshi".]

Dominic Casciani ‏@BBCDomC  21h
@Lostvoice3 We report. You decide. That's how it works.

John Hunter ‏@Lostvoice3  8h
@BBCDomC You decide what to report and what not too report its not impartial. You are right we should be allowed to decide what we pay

So there's Dominic Casciani's defence for this report - and it's the familiar BBC defence: "We report. You decide".

John Hunter's reply, "You decide what to report and what not to report. It's not impartial", is the obvious answer to that. 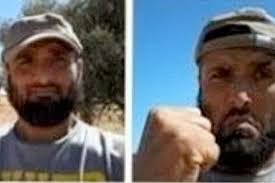 It was rather surprising that the BBC opened Dominic Casciani's thread for comments, allowing 356 to go through before closing it down.

If you click on the highest rated comments (from +77 down) you can read lots of trenchant, sensible points about the terrorist at the centre of this report, about Muslim terrorism in general, and about the BBC's own behaviour.

Here's a brief snapshot of them:

This must be the longest most grovelling obituary I have ever seen for a nutcase that blew himself up. You should be ashamed of yourself BBC, this idiot was no Mandela or Martin Luther King but you have put line after line about how 'he was a good boy, and Imans saying 'the youths are confused ' in order to depict these terrorists as teenagers being a bit naughty. THEY ARE EVIL TERRORISTS !!!

This just shows the bbc in their true colours how you can even think of labelling this idiot a hero just shows how low they will go to pander to Islam.

He represents all that is wrong with this country, how the bbc can peddle this Islamic extremism as good is beyond me. But give it a few years and this is what will be happening in this country we have already seen numerous Muslims attack us in the name of Islam.

It's so sad that some people have so little in their lives, so very little to live for that blowing themselves up is seen as a good option? Clearly Abdul Waheed Majeed was mentally ill and has been let down by family & friends... The BBC should hang their heads in shame for trying to excuse the actions of Mr Majeed whilst deflecting crtisicism of his brother & family for supporting his actions

It is time to drop the political correctness when referring to everyone here as British. I'm surrounded by people who have come here and brought there way of life and there beliefs with them, the government and the BBC just need to put there hands up and say it, stop sugar coating everything. I'm in Birmingham and it's a complex multicultural disaster, people with no understanding of Britain

The whole problem with the BBC's coverage of Islam, is that it is so afraid of upsetting "multicultural sensitivities", that it is now a hand wringing apologist for the Islamist nutters that it tries so hard to understand.

Not untypically, not a single one of these comments - or any of those robustly critical of Islam - makes its way into the 'Editors' Picks'; indeed, none of the 44 most popular comments gets chosen by the BBC editors.

In complete contrast, the least popular comment (by a mile) did get chosen!:

If this is such a problem to us maybe we should start arresting the UK citizens that went to fight in the Spanish Civil war? FYI Mr Majeed didn't kill any british nationals and people in this country are free to make their own choices even if you disagree with them.

It would be good to hope that the responses on the BBC website show that the bulk of the British public just isn't buying this kind of thing anymore.
Posted by Craig at 21:42