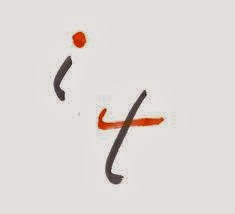 As an acknowledged Kraftwerk fan, I've obviously got a need to dot the i's and cross the t's about everything, and this 'suppressed' immigration report is really bugging me.

Yes, it may not matter - as most voters' concerns about the effects of mass immigration lie far, far, far away from the narrow economic focus of this latest Westminster/media bubble debate, and most people accept that Eastern Europeans (of a certain kind) are hard-working people who bring benefits to our economy - but...

It's now quite clear that Newsnight overplayed its hand the other night, putting a sensationalist gross on its 'scoop'. (Out of bias?)

Chris Cook's sources (or BBC bias?) led him to over-trash the report which Home Secretary Theresa May has (so far) been relying on, and to over-hype the most recent report [the object of the present 'controversy'] and its alleged negative consequences for the government's immigration message.

Now, I'm still sticking with my cynical insinuation that In the Thick of It-style Tory-Lib Dem infighting (alongside the Yes, Minister-style feuding between certain government departments) lies at the root of both Chris Cook's leaks (from the Lib Dems?) and the Daily Mail's counter-leaks (from the Tories?), and, yes, I'm seeing spin, spin, spin everywhere here...and, like a record, baby, it seems to be going round, round, round, round...

Well, frankly, who the f*** [flip] knows! [Newsnight assured us that it knows, but I'm not sure that I'm willing to take their opinions entirely on trust. I've learned better over the years.]

And did the government publish it today because of the Lawrence report [as Ian Katz's tweets implied], which they knew would grab most attention today? (i.e. is it 'a good day to bury bad news'?) Or did they rush it out today in an attempt to quash the BBC's/Lib Dems's/Labour's claims that they are suppressing it for partisan advantage?

We'll probably never know the answer to that for sure, but (to me) it certainly looks like a panicky release (and I was watching closely at the time), and the silent, stealthy ways they released it does like a little suspicious (and, given the Lawence report, conveniently-timed). Plus, as I said in the last post, the report - which the government says was 'unfinished' - does (when you look at it - as everyone can now!) seem as if it was fully ready for publication, rather undermining the government's case...

...ah! but other government statements said it was still needing peer-review (i.e. was ready, but still needed proper scrutiny), and that sounds sort-of plausible too. So maybe, maybe not.

Frankly, who knows! I'm just some blogger from Morecambe (Britain's finest seaside resort), and what the f*** (flop) do I know?

Oh dear. The i's and t's are failing to be crossed there, but...

...I'm on firmer ground in stating with confidence that the media reaction to the report has been nothing if not predictable.

Now, as I've shown via Newsnight editor Ian Katz's tweets, the BBC's Newsnight is clearly to be found on the anti-Tory, pro-immigration side of that argument, thus suggesting (though not unequivocally proving) BBC bias.

(Why not 'unequivocably'? Because Newsnight could, maybe, just possibly, if you cross your fingers, throw salt over your  shoulder and wish upon a falling star, be independently reporting 'the truth'.)

Still, a test of Ian Katz and Chris Cook's integrity will come on tonight's Newsnight which, I confidently predict, will return to the story like a Jack Russell terrier returning to a stranger's angle and which will, just as predictably, seek to gloss Chris's original report in the best possible light. Well, we'll see...though, as you might gather from that, I think I can already guess the answer to the question: Will it give a balanced take on this cautious report, or skew it (as Ian Katz's tweets skewed it this afternoon)?

So where are we now, in the light of all this?

Well, I've carefully read the summaries and conclusions (if very little in between) of the report in question and, much to my partisan irritation, it lies clearly somewhat closer to the BBC/Guardian angle than the Mail/Telegraph angle. (It just does, whether you - or I - like it or not. The word 'somewhat' matters though. Neither sides is going to score much of an emphatic punch from, however desperately they may try).

And the latter are emphasing the report's minor conclusions and turning them into the report's main angle - which is worthy of a 'tut, tut!' to say the least!

Read the report for yourselves though and...unless you're a willing Telegraph/Mail journalist, a my-party-right-or-wrong Conservative blogger, a liar, a lunatic or a lackbrain (no offence)...you surely, really, honestly, cannot deny (however much you'd prefer to deny it) that the report presents a slightly-more-positive-than-negative take on the economic effects of immigration from EU countries (though not from non-EU countries, and not against low income Brits)?

It's just a report though, written by a handful of people. It may be b*llocks (bullocks). Console yourselves with that, if you still need consoling.

The issue most people have with mass immigration lies elsewhere though, and most people won't pay the slightest attention to this report anyhow. So that's even more consolation (and better consolation) for you, if you need it. Harrumph.
Posted by Craig at 21:11