The rest of the sardines 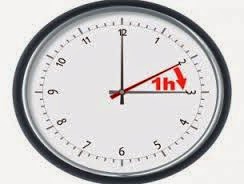 Actually, time is running out...and I'm about to lose an hour of my weekend when the clocks go forward tonight (don't forget!)...

So here's a quick breeze through the rest of this week's editions of Newsnight.

Finishing off Tuesday's edition, the debate on inheritance tax was balanced between someone who approves of it and someone who disapproves of it. The preceding report was a little less balanced though, tending towards the 'inheritance is the root of personal and social unhappiness' side of Newsnight's initial question - a tendency amplified by having a 'talking head' from just one side of that argument - namely Will Hutton of the Work Foundation praising the moral virtues of inheritance tax. The other 'talking head' didn't express a view on that, merely on the Conservatives' failure to live up to their election promises. Some might call that biased.

Islamist terrorists might also describe Jeremy Paxman as biased for calling them "murderous bigots" in the introduction to the following piece on Somalia, but I'm prepared to forgive him.

Wednesday's edition began with the Farage/Clegg debate on LBC. It made Peter Oborne...hic...of the Telegraph even more red in the face...hic...than usual:

Yesterday Newsnight's panel was a classic case of the endemic BBC bias against Ukip that dates back years. Newsnight invited three reporters into the studio. One was George Parker, respected for his excellent Lib Dem contacts, and political editor of the dogmatically pro-European Financial Times.

The second was Phil Collins (a former speechwriter for Tony Blair) of the Times, a paper which has been running a virulent attack campaign against Ukip. Only Melanie Philips [sic] shared some of Ukip’s views.

In short, Newsnight loaded its panel against Farage.

Well, yes. Newsnight might reply that George Parker is a neutral commentator (like themselves), but his comments aligned closely with those of the openly pro-European Phil Collins. If anything, Melanie Phillips [yes, all you 'Mad Mel' haters!] came closer to being a neutral commentator here, giving praise and damnation for both Nick and Nigel, so much so that Nigel Farage didn't really have a strong champion on the panel, and the segment was allowed to end with an ad hominem attack on the UKIP leader from the ex-Labour speechwriter.

As for the rest of that night's Newsnight, well, Jeremy Paxman's interview with Defence Secretary Philip Hammond, Paxo's questions on Ukraine followed in the path of Emily Maitlis by plugging away at the idea of military action against Russia - what is it with Newsnight and this strange pushing of military action against Russia? - and, my goodness, how former golden boy Paul Kigame of Rwanda has fallen in the eyes of liberal-minded Westerners! Plus, the piece on debt was based on a report from the centre-left think tank Demos, which Demos had shared their research (exclusively) with Newsnight. The debate on giving the morning-after pill to teenage girls was well-balanced though. 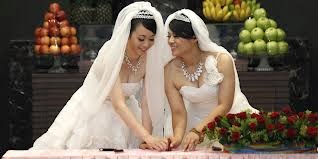 Thursday night's edition began with gay marriage. BBC 5Live had carried out a survey that found that the British public is broadly supportive of gay marriage and that 80% of people said they'd be happy to attend a gay wedding. Strangely, Newsnight chose to place a negative spin on that, asking "Would you say, 'No, thanks' to an invitation to a gay wedding?' An exclusive BBC poll suggests 1 in 5 of us would refuse to go." According to Laura K's introduction that's "a sizeable chunk" of the population, and "many of us". To me it looks like just 20% - a smallish minority. The debate between pro-gay marriage author Philip Henscher and Melanie McDonagh of The Spectator that followed was balanced and good-natured. Both parties came out of it well (which can't always be said of all such debates).

Chris Cook's report on the energy companies was fine, as was Laura K's interview with the boss of Ofgem, as was the programme's coverage of the traumatised Afghan war veterans story and her interviews on the subject of Egypt.

Those, however, who hate 'man-made climate change' stories, and think the BBC's 'environment analyst' Roger Harrabin is an 'environmental activist in disguise', might have been well-advised to have averted their eyes from what followed: Roger Harrabin's report on the 'man-made acidification' on the oceans. Dyspepsia might have resulted. The second of two jokey pieces mocking Michael Gove followed.

I've nothing to say about Friday's edition as it seemed fine to me.
Posted by Craig at 21:53