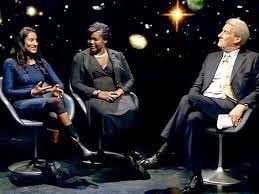 Here's this week's overview of the stories covered by Newsnight. Just what did all you newsnightophobes miss out on (besides Noel Edmonds)?

Wednesday 19/3
1. The Budget. "Let's be frank: It wasn't the most dramatic Budget of modern times. How could it be when one of the biggest deals was the news of a new shape for the pound coin in three years time!" Interviews with Danny Alexander MP (Lib Dem) and Chris Leslie MP (Labour). Then, on pensions, interview with Mark Wood, CEO of JLT Employee Benefits.
2. Crimea.
3. Missing Malaysian plane.
4. The Budget. Interview with Danny Finkelstein (Conservative), Olly Grender (Lib Dem) & John McTernan (Labour).

Thursday 20/3
1. Missing Malaysian plane. Are the Malaysian authorities holding back? Interview with Chris McLaughlin of Inmarsat & David Mearns, director of Blue Water Recoveries.
2. Should the government concentrate more on well-being than money? Interview with Sir Gus O'Donnell, Cabinet Secretary 2005-11.
3. Pension reform. "Would you like to cash in your pension to buy a Lamborghini?" Interviews with Steve Webb, Pensions Minister (Lib Dem), & John Bird, founder of The Big Issue, and Nicola Horlick of Money&Co.
4. A literary sensation: "What happens when you write about your every emotion? Answer: You might get a best-seller but half your family stops talking to you". Interview with author Karl Ove Knausgaard.
5. Female genital mutilation: A report from Burkina Faso.
[closing credits: images of how flights over Europe are monitored]