More about the complaint I mentioned in an earlier post. See the Editorial Standards Findings here

“44 years to the day since the guns fell silent in the Six Day war between Israel and its Arab enemies. And it sometimes seems that the consequences of that conflict have made the news on an almost daily basis ever since. “

So began the introduction to a piece on the Today programme (radio 4, 10th June 2011) “on the 44th anniversary of the end of the Six Day War.” It continued thus:

“At the end of the fighting Israel had conquered so much Arab territory it was three times the size it had been at the beginning. The idea that some of that captured territory should be traded for peace with its Arab neighbours and the Palestinians was born not long afterwards.  “But the longer the outline of a deal has been around the further it feels from being realised. It was most recently in the headlines when Barack Obama said he thought Israel's 67 borders were the starting point for agreement. But he had to row back when Israel's Prime Minister said they were unacceptable, indefensible.  “Our correspondent Kevin Connolly considers how close or remote a deal seems now on the ground in Israel.”

(Emphases mine.)
Anyone relying on the above introduction for an informative picture of the historic or current situation would likely be misled because of two very important facts that were omitted.
A.) 90% of the captured land had been returned to Egypt.
B.) Peace treaties between Israel and both Jordan and Egypt included the transfer of conquered territory.

The erroneous impression given was that a.) Israel currently retains captured land amounting to three times its pre 1967 size, and b.) Israel is not prepared to trade ‘land for peace’ therefore, the current ‘absence of peace’ is impliedly down to the intransigence of Israel. The body of Kevin Connolly’s report contained further material that reinforced this misrepresentation.

This formed the basis of the complaint. It doesn’t seem all that complicated to me, but for some reason it took three years for the powers that be to determine the accuracy or otherwise of the case.
Why the long delay, one might wonder. Quite a mystery, it seems, unless you take into account that the people defending the BBC don’t particularly care whether the audience was negatively influenced in respect of Israel’s willingness to achieve peace, or negatively influenced about Israel, period. Sort of careless and irresponsible?

The first stage of the complaint’s journey went badly from the outset. The initial response from BBC Audience Services, whoever they are, was speedy, but defensive and slightly irrelevant in that it didn’t address the complaint properly.

“the item was clearly about the current situation in relation to the Palestinians, and not the past. The purpose in using the statistic on Israel’s expanded territory was to explain the scale of change which the conflict created. It was not always possible to encompass the complex history of relations between Israel and the Palestinians in each individual report”

I think that means that the audience should have supplied the missing bits for themselves - the BBC can’t be expected to repeat every historic detail each time it reports on the Middle East.   However, any fule kno that some details are more relevant than others. (Come to think of it, this excuse is considerably weakened by the BBC’s repetition of certain appendices that are habitually tagged onto much of their other M.E. reporting.)

So. All that may well be true, but it was still misleading in a way that reflected negatively upon Israel, and did not address the actual complaint.

It seems there was a second stage to the stage, (1) which deals only with the  part of the complaint that concerns Israel’s willingness or otherwise to trade land for peace. Let’s call it part B.
By this time the matter had been raised with Kevin Connolly, who  “acknowledged that the return of the Sinai Peninsula could have been mentioned”  but claimed that mentioning it was not essential because “the goal of the package was to illustrate that progress towards lasting peace does not seem imminent”.
Leaving exactly the unfairly negative impression to which the complainant objected.

At last the complaint reached Stage 2. The complainant continued to argue the case,  and three months later received an undated letter from the Head of the Editorial Complaints Unit, which stated it had provisionally decided to uphold that part of the complaint (part B) because of the breach of accuracy. (they recognised that it was misleading)

However, three months later still, the complainant wrote again to ask whether the “decision had been finalised” and lo and behold, not only had it not been finalised, it had been reversed! The reply stated that the undated ‘letter’ was not a letter at all, but an internal draft for consultation only, and the complaint, after all, was not now going to be upheld. i.e.,on reflection, they had unrecognised that it was misleading.

Why? Because they had found a technicality that they thought would let them off the hook.
Viz:

“The return of the Sinai did not constitute ‘Land for Peace’ so the significance of any incorrect impression as to the extent of territory Israel had withdrawn from was much reduced and the ECU decided it would not therefore have affected listeners’ understanding of the question under consideration in the report.”

The complainant composed a rebuttal, challenging the ECU’s interpretation of the contents of the Camp David Accords, but, having received no response, wrote again.
After a six month hiatus, the Head of the ECU replied. An apology for the delay, accompanied by the staggering news that he had again revised his decision! He had now, after all, decided to uphold the complaint in relation to the allegation concerning Israel’s willingness to exchange land for peace.

This is the part that I admire for its honesty. However - if one were to crow too loudly about the absurdity of major decisions like this appearing to hang on the whim of an indecisive individual who happened to have got out of bed on the wrong (or the right) side that morning, one might just make the ECU close ranks and never be open and honest again.

So I for one won’t say anything. I’ll just include the pertinent passage.

“One consequence of returning to the matter after a long gap is that I have found myself approaching it, if not exactly with fresh eyes, then with a degree of critical detachment from my earlier line of thought. With the benefit of that detachment, I now believe I misdirected myself by entering into the question of whether the return of Sinai to Egypt was an instance of “land for peace”. ... it remained clear throughout the piece that the kind of agreement under consideration was a final settlement which would secure peace on all relevant fronts. In that context, the meaning to be taken from the phrase “land for peace” was precisely such a settlement, and the question of whether the phrase also has a sense which would apply to the return of Sinai therefore doesn’t seem to me to arise from the item.”

He misdirected himself? No, but yes. Much too much like W1A.
The other section of the complaint - Let’s call it section A.) follows a similarly convoluted journey.

The ECU acknowledged the possibility that some listeners might be misled, but the Head of the ECU had also revised his reasoning for rejecting this aspect of the complaint. These were provided to the complainant.

Let’s assume the revised reasoning was revised with equally robust methodology, at the very least three times the size of the original methodology.  Anyhow, it was also upheld.

Now we come to the untimely delay. I paraphrase.
"We lost your complaint when we moved office and we sent you the wrong document before sending you a letter telling you that we had sent it to you in error, during which time we changed our mind about whether or not to uphold your complaint.  At the end of this process we did find that our three year delay didn’t break any Editorial Guidelines."
Finding: Not upheld.

All the verbiage (excessive) in this "Editorial Standards Findings Appeals to the Trust and other editorial issues considered by the Editorial Standards Committee" has been dreamed up over the course of three years just to defend the BBC’s slipshod, careless, misleading, inaccurate, couldn’t care-less approach when it comes to negative reporting of Israel, not to mention the dithering, whimsical, serendipitous, mood-swingery of the arbiter of complaints.

That was an instant reaction to the BBC’s findings. Give me a year or two, and with the benefit of hindsight, a possible degree of critical detachment and perhaps a couple of fresh eyes, I might revise my opinion. 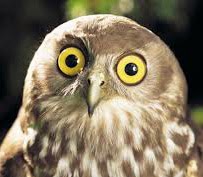