Is that cigar about to explode? 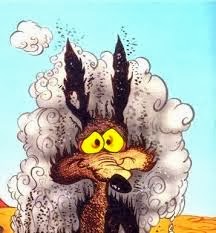 Just going back to Newsnight's bullish report claiming that the government suppressed an internal report, and the question of whether Chris Cook's report was a bombshell or an exploding cigar...

...well, The Daily Mail (surprise, surprise!) is now taking issue with the BBC about it:

Chris Cook's sources in Whitehall have told him one thing; the Mail's sources are telling them something else - namely that, contrary to Newsnight's clams that that the still-unpublished document will undermine the Tory Party's case for imposing stricter controls on workers from overseas...

The Mail now understands that the study – written by civil servants in the Home Office, Treasury and Department for Business – will clearly state that some Britons have suffered 'displacement' from the jobs market. It says this has been particularly noticeable for 'low-skilled natives', especially during the last recession.

The Mail also dispute's Chris Cook's bold assertion that the other report - the MAC one from 2012 which Theresa May has been citing to support her case - is "wrong", saying that

...as the Corporation's own political editor Nick Robinson conceded yesterday, the Government's study deals with a different time period to MAC and the two are 'not directly comparable'.

And, if you read the Mail's article, they go into some detail to try to back that up that claim.

The whole thing has a whiff of The Thick of It-style political leaking and counter-leaking between different government departments - and, probably, different parties.

Chris Cook may getting the Business/Treasury department/Lib Dem briefings and James Slack of the Mail may be getting the Home Office/Tory briefings.

Well, that's my guess anyway (for what it's worth).

Either way, as Sue, Sir Andrew Green of Migration Watch, and many a commenter at Biased BBC have already noted, this isn't the aspect of immigration which concerns most voters, is it?
Posted by Craig at 07:02