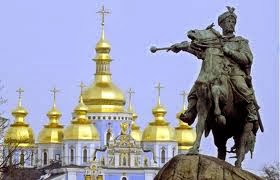 I was thinking of giving up listening to Sunday for Lent but temptation has taken hold of me and, alas, I've fallen by the wayside. So here we go again...

This week's Sunday began with Ukraine, and interviews with two people who take a negative view of Russia's involvement there.

First came an interview between Edward Stourton and Protestant pastor Sergei Golovin about "what Russian control [of Crimea] might mean for different faith and ethnic communities." Though an ethnic Russian, the pastor thinks what Russia is doing is "illegal" and fears that Russian control would lead to loss of rights for Protestant churches. He also claims that Jews and Muslims would be negatively effected by renewed Russian rule.

Edward then talked to Dr Marat Shterin, senior lecturer in Sociology of religion, from Kings College London talks about the tensions with in the Russian Orthodox church over Crimea.

Dr Shterin said that Ukraine has a complex and interesting religious make-up with three Orthodox churches, Eastern Catholics (Uniate) and a number of Protestant sects, adding that in the 1990s Kiev had the largest Pentecostal community in the whole of Europe, led by a Nigerian pastor! Dr Shterin tried to resist Edward Stourton's attempts to simply the division between the two main Orthodox churches into a stark 'divisions are mirrored' paradigm. He doesn't think religious divisions will cause bloodshed, and says that people will unite around opposition to Russian intervention, & against the previous Ukrainian government.

Next up was a plug for a new BBC venture, The Great North Passion, worked on in conjunction with an organisation called The Cultural Spring (doubtless an allusion to the once-popular Arab Spring):

In the lead up to an ambitious re-telling of the Passion story for BBC One on Good Friday, 12 artists in the North East have been given shipping containers in which to make art installations with the help of the community, for the twelve Stations of the Cross. Artist Joseph Hillier talks about his work for one of the containers.

His art work will use digital motion capture photography to create a 3D image that will later be laser-cut into steel. Joseph Hillier himself isn't a Christian, more a humanist/agnostic.

And Syria three years on, Nadene Ghouri has been to Lebanon's Bekaa valley and met child refugees. Most of whom have no access to education leading to fears of what the UN and aid agencies are calling Syria's 'lost generation'.

1,500,000 people have fled to Lebanon because of the Syrian civil war. The Lebanese government doesn't allow formal refugee camps though.

Next, Edward Stourton read out two listener e-mails, responding to last week's one-sided coverage of the criticism of Michael Gove over bursary cuts to trainee RE teachers. Perhaps unsurprisingly, one e-mailer was "appalled" at the bursary cutbacks, while the other attacked the government for failing to include humanism in its RE guidelines. (Representative e-mails? Who knows!) 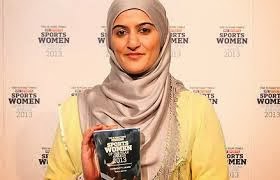 Edward talks to Rimla Akhtar the chair of the Muslim Women's Sports Foundation about FIFA lifting the ban for players to wear headscarves and turbans in matches.

She's been involved in the campaign to get the ban lifted, and doesn't think much of anyone's safety concerns about wearing such headwear during football matches. Women's football is on the the rise in the Middle East, she said, and this ban was a barrier to them. The FA here in England has been leading by example, as a result of her campaigning. Plus her organisation helps ensure that 'all-women environments' are provided for those who don't want 'mixed environment' settings, whether for personal reasons or out of religious piety.

Next, something unfamiliar for Sunday - Armour in churches:

Edward talks to Thom Richardson of the Royal Armouries who will explain the history and significance of Armour in churches.

The starting point for this feature was that a "row" has blown up about the "flogging" of a medieval helmet to an American buyer. Edward kept pressing Mr Richardson to make a firm argument for keeping such armour here in the UK, but Mr Richardson stuck to his position that his organisation should stick to trying to save the most important ones 'for the nation'. He said that church armour is important as it is  almost the only source of knowledge we have about late medieval armour.

An old friend of Sunday was back next, talking about conservation and Islam:

Martin Palmer of the Alliance of Religions and Conservation explains why Indonesia's highest Islamic clerical body has issued a fatwa against illegal hunting and exporting of wildlife. 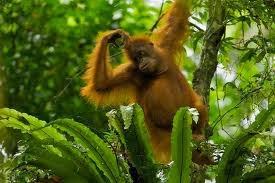 Martin Palmer says there's been a massive rise in the killing of elephants, tigers and rhinos in the last 3-4 years, driven by the Chinese market for traditional and no-so-traditional Chinese medicines. Plus the palm-olive growing industry is cutting down huge numbers of trees in Indonesia, destroying the habitat of orangutans. As Indonesia is the world's most-populous Muslim nation, Islam is a useful too for advancing environmentalism, argued Martin Palmer. When we hear the word 'fatwa' we tend to think of Salman Rushdie, he said, but he thinks they can be a good thing.

Yes, the image of a happy alliance of environmentalists & Muslims working together was presented. Malaysia seems to be about to follow in Indonesia's footsteps and ARC are discussing with the Saudis the possibility of 'greening the Hajj'.

"Fascinating stuff," said Edward Stourton, as he has a habit of doing whenever Martin Palmer appears on Sunday.

Kevin Bocquet reports on the implications for the Church of England should members of its clergy take advantage of same sex marriage.

We heard from one North London clergyman, Rev. Andrew Cain of St Mary with All Souls, Kilburn, who's has been waiting for years to marry his same-sex partner (who we also heard from). He was unhappy as a document released by the Anglican bishops discouraging C of E clergy from getting same-sex married themselves. 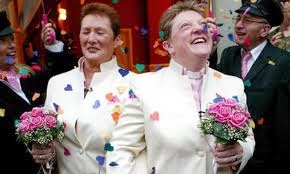 We also heard from Rev. Dean Henley of the Unite union, who says the document is making some gay clergy join his union in order to be able to take a union rep in with them when go to see their bishop! One of the bishops who helped write that letter, John Pritchard, Bishop of Oxford, appeared next. He now "regrets the tone of the document" and is sending out a letter apologising for it. Legal affairs guru Joshua Rosenberg doubts disciplinary action could be taken anyhow, as it's more a matter of doctrine than discipline. It's not going to be church law.

What of the other side of the argument, the views of traditionalists who actually like the bishops' document? Well, in a very short sop to balance, we heard briefly from Rev. Andrew Symes of Anglican Mainstream, who thinks gay clerics who do opt to get married should face disciplinary action, but then it was back to Rev. Andrew Cain, who will marry in June regardless. "It is distressing for you?", asked Kevin. Rev. Cain replied that it's giving him a few sleepless nights.

So, as it says in the title: Ukraine, art, Syria, cuts, Muslim women's football, armour, Islam & conservation, and gay vicars getting hitched. Welcome to Sunday. This is Edward Stourton.
Posted by Craig at 10:39