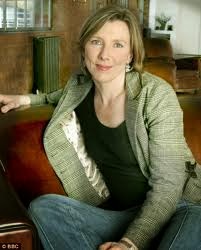 Here's an update on a story covered by both BBC Watch and Is the BBC biased?

The story begins last November when Today's Sarah Montague gave Radio 4 listeners a misleading impression about how Israel treats Christians by bracketing it with Pakistan and Iraq, in the context of countries that persecute Christians.

Complaints went in, and Today's assistant editor Dominic Groves made a particularly poor fist of trying to fob one of those complainants off.

In early January the BBC's Editorial Complaints Unit overruled Dominic Groves and informed the complainant that it would be upholding his complaint and agreed with him that Sarah Montague had indeed (however inadvertently) misled Radio 4 listeners.

It of course remains to be seen how the BBC will deal with the issue of informing the ‘Today’ programme’s millions of listeners of that breach of Editorial Guidelines on accuracy and correcting the mistaken impression created by Sarah Montague.

Well, two months on, I think the answer has been given to that question: The BBC is going to do as little as possible to bring this breach of Editorial Guidelines to those millions of Today listeners.

Today has seen the ruling's first appearance on the BBC website's Complaints page. As few people read that section of BBC Online, I'll quote it here in full (to help spread the news a bit more):

The programme included an interview with Baroness Warsi, arising from her warning that Christians in some parts of the world faced extinction because of violence against them.  Two listeners complained that the interviewer had wrongly identified Israel as a case in point.


The interviewer posed the question: “But are you saying – can I just ask – countries like Pakistan that you refer to, or perhaps Israel or even Iraq where there is a functioning government – is it just down to the politicians in those countries to speak out and this problem could be solved?”.  The intention of the question was to cite Israel as an example of a country where there was a functioning government, but the ECU found that, in the context of the interview, it nevertheless created the impression complained of.  Upheld


The Editor of Today discussed the findings with the presenter who conducted the interview and underlined the need for care when making references to specific countries in the context of controversial subjects.


So is that it then?
Is that all the BBC's going to do about this?
Just a quiet word in Sarah Montague's ear from the Today editor!!
No on-air correction/apology from Sarah Montague live on Today!!
Unbelievable!!!
Posted by Craig at 18:55