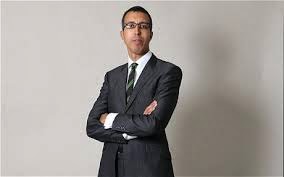 Rod Liddle has a fine, funny piece over at the Spectator, from which a few choice extracts may be drawn.

Rod agrees that, generally-speaking, there's "a limp-wristed, whining liberal bias within the BBC’s output," adding that "only a faux-lefty organisation could have poured so much money into, for example, David Hare’s tedious, clunking and predictable production Turks & Caicos, which you may have had the misfortune to have watched last week." (Didn't watch it). He says, though, that it's "the boss class [at the BBC] where the problem really resides; a complacent consensus of liberal opinion which they do not consider political at all, simply ‘civilised’".

He singles out four areas "where the BBC has a long-standing problem - social affairs, foreign affairs, community affairs and especially the environment, where the coverage is often little more than a stream of tendentious propaganda - something many of us would agree with.

But Rod then bowls a surprising angle at us:

Oddly enough, the BBC’s business and economics coverage is the one area where the corporation seems less prone to bien-pensant bias. The former director-general Greg Dyke effected a sort of revolution at the beginning of this century, particularly in business coverage. Hitherto, if a firm cut 1,000 jobs and outsourced to Malaysia, the traditional mode of coverage was to rant at the managing director and interview some dispirited single mum who had just been kicked out of work. Then Dyke came in and suddenly the mode of coverage was to praise the managing director for making his firm fitter and leaner, share price up etc, and tell the single mum to start looking through the jobs columns, you lazy slattern. The excellent Jeff Randall, further to the right than a fish-knife, was appointed as the corporation’s first business editor, and there were no complaints then that his obvious political disposition made him unsuitable for the job.

I have to say I still hear a fair few interviews where managing directors get ranted at though, plus Jeff Randall was fairly quickly replaced by Robert Peston, but I suspect there's some truth in that.

If you didn't know though,  Robert Peston has himself now moved sideways to become the BBC's economics editor.

His replacement is Kamal Ahmed.

From what I can gather, this is a basic outline of Mr Ahmed's career so far:

Whether he's further to the right than a fish-knife, further to the left than a tin-opener, or straight down the middle like a colander, only time will tell.
Posted by Craig at 17:58