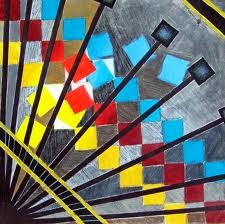 As I'm an early riser on Sunday mornings, I sometimes catch Radio 4's Something Understood.

As I've written before, it's a great concept (derived from a poem by George Herbert) - placing all manner of pieces of poetry and prose side-by-side, piling them up into a suggestive miscellany of ideas which, somehow, manages to hang together and which, in some way, has the effect of amplifying the chosen subject - whether it be 'Gifts' or 'Boredom' or 'Temptation'.

Today's edition, presented by Canadian broadcaster Chris Brookes, was rather more political than usual. The Sandanista Revolution in Nicaragua, post-apartheid South Africa, damaging fishing policies in Newfoundland and Palestine all duly made their appearance.

A typical moment came when we heard a poem read over a gospel song, followed by these words from the presenter:

Inmates of Australia's Tarangowa Women's Prison singing Psalm 137 to remember the Jewish homeland of Zion and the poet Mahmoud Darwish remembering the very same land from which, today, like the Jews of old, he is a displaced refugee. His homeland of Palestine.

[Darwish is no such thing "today" though. For starters, he's been dead for six years. Plus he was born near Ramallah, grew up in Ramallah, chose to live abroad, joined the PLO, got booted out of Egypt, stuck with the PLO, and then spent the last twelve years of his life back in Ramallah.]

Incidentally, that the second week in a row that we've heard some Palestinian poetry. Last week (during a John McCarthy edition of Something Understood) we were given 'Gift' by Tamim al-Barghouti. I checked back through many months and, no, there's been no Israeli poetry on Something Understood. 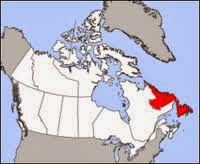 Still, I did learn from Chris Brookes that Newfoundland was an independent nation until it joined Canada in 1949, and I found the extract from Oliver Sacks's Musicophilia: Tales of Music and the Brain fascinating - and not a little disturbing. Plus Desmond Tutu's overview of the work of the Truth & Reconciliation Commission really is a wonderful statement. (His hopes for a new South Africa haven't worked out as planned though). Plus there was a fine poem by former U.S. poet laureate Billy Collins, whose title I can't quite remember....

The name of the author is the first to go
followed obediently by the title, the plot,
the heartbreaking conclusion, the entire novel
which suddenly becomes one you have never read,
never even heard of,

as if, one by one, the memories you used to harbor
decided to retire to the southern hemisphere of the brain,
to a little fishing village where there are no phones.

Long ago you kissed the names of the nine Muses goodbye
and watched the quadratic equation pack its bag,
and even now as you memorize the order of the planets,

something else is slipping away, a state flower perhaps,
the address of an uncle, the capital of Paraguay.

Whatever it is you are struggling to remember,
it is not poised on the tip of your tongue,
not even lurking in some obscure corner of your spleen.

It has floated away down a dark mythological river
whose name begins with an L as far as you can recall,
well on your own way to oblivion where you will join those
who have even forgotten how to swim and how to ride a bicycle.

No wonder you rise in the middle of the night
to look up the date of a famous battle in a book on war.
No wonder the moon in the window seems to have drifted
out of a love poem that you used to know by heart.
Posted by Craig at 12:59