After that facetious post about John Simpson - and the two critical posts that preceded it - it's time to get back onto po-faced blogging territory as we continue our long and arduous journey through today's edition of Broadcasting House on Radio 4. Plus it's bouquet time too.

It was more Ukraine to follow, with Paddy interviewing Ukrainian-born novelist Anna Shevchenko.

Anna give Radio 4 listeners a potted history of Crimea, and a very interesting one it was too. 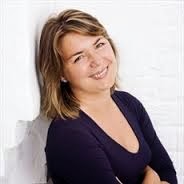 Crimea has (she said) been the prize of ages, with the Greeks, the Romans, the Ottomans and the Russians seeking to secure it for their empires.

Anna told us that there were plans (in the 18th Century) for Crimea to be the original Australia for British convicts, before a last-minute change of heart [and thank goodness for that. I prefer my Clive James in English rather than in Ukrainian/Russian.]

She also said there was a heavily-funded, American-backed aim in the 1920s to create a 'Californian Crimea'. [I wish she'd explained that more, as that revelation calls for a hearty 'WTF?']

Anna added, just as intriguingly, that there were also plans for a Jewish republic there. [More please!!]

We then heard some music - Eastern-sounding music played by Tatar violinists.

Anna said the Tatars were inhabitants of Crimea since the 14th Century (contradicting the claim on this morning's Sunday that they'd been there since the 13th Century), until they were ousted by Stalin in 1944.

Anna said the Soviets saw Crimea as an important naval base [as we know] but, even more, as a tourist resort - "the Cornwall of the Soviet Union", its "Golden Coast", full of children's camps, she said. 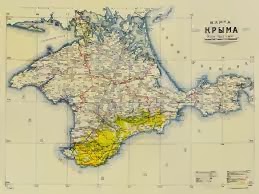 Now, Anna was wonderful here but it's very unlikely she'd have been on BH unless she was on the pro-'revolution'/anti-Russian side of the argument, and I waited for the moment when her sympathies became apparent - and become apparent they most certainly did as she gave her own take on Russia's current activities in Crimea:

It's like having foreign troops here in Cornwall, outside the Newquay Airport. It's just absurd.

She went on to give the following crisp, brilliant summary of how Crimea came into Russia's hands though:

In 1783 Count Potemkin persuaded the Empress that she has to remove the wart on nose of the Russian Empire and achieve the total domination of the Black Sea, doing three things: first of all, not to allow the elections; stir the mutiny; and use military force if necessary.

Now, whether she phrased that in such a way as to make the (partial) parallels with today seem more striking (or not), I'm nowhere near knowledgeable enough to say.

Still, it was a brilliant and pithy summary nonetheless, and kudos must be given to BH for inviting her on (whatever bias might lay behind their motives).
Posted by Craig at 20:55