A famous French philosopher once said, 'When seagulls follow the trawler, it is because they think sardines will be thrown into the sea.'


Well, we here at Is the BBC biased? have been following Newsnight for much the same reason, though we're after bias rather than sardines (though I for one wouldn't object to coming across the odd sardine or two in the process.)

Has Newsnight thrown lots of sardines into the sea this week?

The following posts will take it day by day. (They will come in dribs and drabs, as it's lovely and sunny outside). 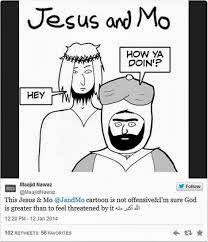 Mr Nawaz was 'in the dock', and the charge against him was that of being "unfair to Islam" - a charge clearly stated in Jeremy Paxman's introductory remarks.

In fairness, however, Maajid Nawaz had just been allowed to present his own Newsnight report so it doesn't seem improper for him to be challenged by two people in the subsequent discussion.

Newsnight came in for some stick for reporting Mr Nawaz's original protest against the BBC's censorship of the Jesus & Mo cartoon [on The Big Questions] by itself refusing to show that cartoon for fearing of offending some Muslims. Newsnight chose to take sides, and took the side of those 'offended Muslims' against Maajid Nawaz. Editor Ian Katz said that there was “no clear journalistic case to use” the cartoon, and said that “describing” it was sufficient. He claimed that it “causes great offence to many, not just extremists” and said that to run it would be “journalistic machismo”.

Well, this Monday Ian Katz must have surging with testosterone as Newsnight did indeed finally broadcast the cartoon, with Mo visible for all to see.

Clearly a change of heart on Ian Katz's part. 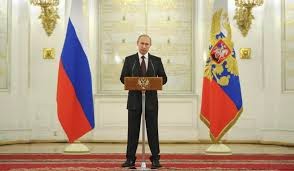 The Ukraine-Russia discussion was certainly biased against Vladimir Putin, with the wife of Putin's arch critic, the Polish foreign minister, appearing alongside a Canadian liberal and an Oxford University professor, and the criticisms of the Russian leader and his policies came thick and fast.

That, incidentally, is the second time Anne Applebaum has been on Newsnight (slamming Putin) in the past three weeks. It's ages since I've seen or heard Alex Pravda on the BBC; indeed, I'd quite forgotten his existence. He used to be on quite a lot around the time of the fall of the Berlin Wall. As, of course, did Michael Ignatieff, who used to be BBC Two's furrow-browed intellectual of choice around that time, acting as a presenter on several BBC programmes. (He hasn't changed).

The bit about Labour's poorly-received reaction to the Budget balances out criticism of Newsnight I read last week, when Ed Miliband's widely-panned performance in response to the Budget was buried under booze and bingo, and on Newsnight's strong emphasis on the "pensioners blowing their pensions on new lamborghinis" angle. Some (such as at Biased BBC) saw that as clear pro-Labour bias.

This edition tackled that, and the opinion polls showing Labour and the Conservatives being almost neck-and-neck, and Jeremy Paxman questioned Hazel Blears about whether Ed Miliband is any good. (She hasn't changed either).

Did that come about because Ian Katz spotted the charge of clear bias and decided to counter that this week? Or did it come about because The Guardian had published a letter from a bunch of think tanks calling for Labour to adopt a number of clear political positions - one of whom was featured in the report? We'll never know.


The package did begin, however, with Jeremy Paxman repeated the programme's dig at "pensioners blowing their pensions on new lamborghinis", along with other Paxmanesque sneers at the measure.

A few sardines then, but not particularly tasty ones. There are far tastier ones to come....
Posted by Craig at 13:19