Following last week's post about the BBC's three paper tiger 'feedback' programmes (Points of View, Feedback and Newswatch), this week's Newswatch proved to be fairly typical of the species (though still the best).

A very short bit on the question of BBC bias over Ukraine (a couple of bite-sized e-mails) was followed by much longer feature on that hardy perennial Newswatch topic: 'Why oh why, has Huw Edwards been sent to the Ukraine, wasting money, for no apparent reason?'  [a good question, but as no one at the BBC ever takes the blindest bit of notice of it, it remains a perennially fruitless one.]

Why, oh why is Newswatch turning into Point of View?
(Disgusted, Morecambe)

Is this really what Newswatch viewers are writing in about in droves? (Of course, it very well could be. After all, I'll admit I've never e-mailed Newswatch about anything.)

Couldn't they publish all the (politely-worded) e-mails they receive on their website maybe?

Turn from one paper tiger to another (though Feedback is arguably more of a gummy bear)...

Feedback gave over the first few minutes of its latest edition to the fumings of a few listeners about that hilarious "Bono! BONO!!!!" interview on Today - a trivial (if memorable) incident that Roger Bolton described as 'an Alan Partridge moment'. The reporter in question then came on and had to defend himself (apparently taking a break from his holiday in Las Vegas to do so). Yes, the listeners had some justification for their grumbles but the whole segment struck me as being almost as surreal at the original incident.

Why, oh why is Feedback sounding like a Chris Morris parody of Points of View?
(Bemused of Morecambe) 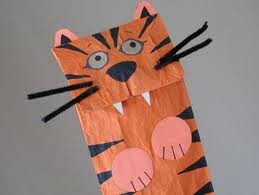 Again, is that really what's worrying Radio 4 listeners most? (Of course, it very well could be. After all, I'll admit I've never e-mailed Feedback about anything.)

After ten minutes, the programme moved on, and onto a subject germane to the topic of this post.

Roger Bolton went to talk to Paddy O'Connell & Co. at Broadcasting House to monitor how they monitor the listener e-mails, tweets, and Facebook comments they receive. Roger wondered:


But what do they do with all these messages? Do they get read? And how often do they get acted upon, either in terms of eliciting a reply or in influencing what goes on air?

Now, I did e-mail BH from time to time (in my old blogging days), usually asking them politely for some information, such as 'Who wrote that satirical skit attacking the Tories? I really liked it!' (I didn't really like it. I was just pretending, like an investigative journalist (as I suspected it was someone on the BH team displaying their bias!)). I never got a reply to a single one of them, so I was quite intrigued to hear whether they ever reply.

Sadly we never did get to find out if they elicit a reply.

Still, Roger found - and read out - two e-mails attacking Nigel Farage and then came across a supportive one (that attacked the BBC), and read that out too.  If you remember from a post we did last week though, Paddy himself only read out an anti-Nigel one on air [something Roger Bolton forgot to mention].

Roger also wondered if Paddy was as cordial in real life as he sounded on air. And was he?

"And yes Paddy is as avuncular as he sounds, but not as old", Roger said at the end. Plus we learned that Paddy gets up around 5.30 each Sunday, if you were wondering.

We weren't even in paper tiger territory here. This was more a paper pussycat rubbing its face up against Paddy's legs and purring.

Onwards, and a telephone message from Labour Party candidate complaining about a technical glitch that led to Yesterday in Parliament not being broadcast. He felt quite "put out" by it. (My heart bled for him.) Feedback bit the bullet and fearlessly waded into this major scandal, talking to some BBC guy about it. There was much talk of 'love'. Aaah, love!

Finally, it was into the archives for a listener's memories of Valentine Dyall ('The Man in Black'), of Appointment with Fear. The listener wanted to hear his voice again. Feedback obliged. The listener was delighted. (In fairness, so was I too!)

And that really was it for Feedback. No other subjects were covered beyond these four. No e-mails on any other area of concern were aired.

Not even Points of View under Barry Took or Terry Wogan could have been so tame a paper tiger as this week's Feedback.

I think it's time we start writing to them though, putting whatever concerns we have to Newswatch and Feedback. (After all you've got to be in it to win it.)

If they are genuine in what they say are we're genuine in our complaints, let's see if they get aired.
Posted by Craig at 13:18