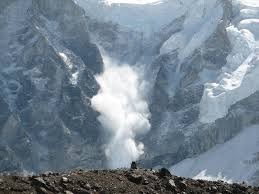 I almost feel as if I'm spamming my own blog today, but here's another post...which, to prevent burying Sue beneath twenty foot of snow, I'll place underneath her latest post (through the magic of Google Blogger).

It's just to register another hat-tip to Alan at Biased BBC for spotting the return of a BBC monitoring blog I thought had vanished years ago - former BBC editor David Keighley's Newswatch.

Well, it's back and it looks to be doing sterling work again.

The cottage industry of BBC bias related blogs continues to swell. As Mr Burns might put it, 'Excellent!'

It needs careful reading, but I'm already taken with the first two paragraphs of its latest piece about that (in)famous BBC-backed Cardiff Uni report which claimed to prove [astonishingly] that that BBC is biased in favour of the Right - something we at "Is" have written about several times before.

I'm especially taken with it as they echo my concerns about that Cardiff Report almost to a tee (which is nice).

I complained last August about the report's links to the BBC, detailed the left-wing activist academics behind it - and, I thought most persuasively of all (but then I would say that, wouldn't I?) - condemned it for the ridiculously small sample they used to support their contentions.

And, lo and behold, here's what Newswatch says by way of introduction:

Newswatch has investigated claims by senior Cardiff academics that BBC output is too favourable to right wing groups such as UKIP. Disturbing links between the Cardiff media department and the BBC haven been uncovered, and it has also been established that the research methodology is deeply flawed, with a minuscule sample from the BBC output used to justify the sweeping claims.

Well, I ain't gonna disagree with that!
Posted by Craig at 18:42