“Islamophobia” and the BBC 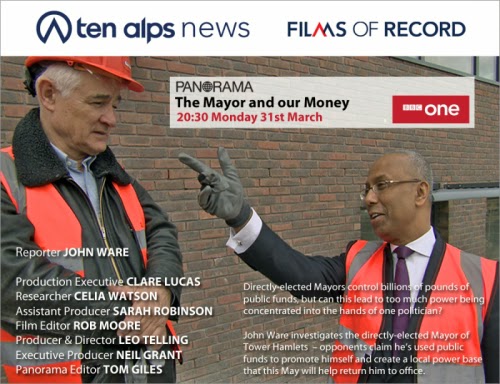 I hope everyone will be watching tonight’s Panorama. Journalists like John Ware and Andrew Gilligan are too few and far between.

However, it’s the shenanigans behind the scenes that are hugely troubling. You’ve got to read the piece that is cross-posted on Harry’s Place and Trial by Jeory
This affair should be ringing governmental and journalistic alarm bells. Together with other corrupt scandals and  practices such as the plot outlined in the infamous Trojan Horse letter (even though its authenticity is suspect, its substance is demonstrably valid) these emerging third-world tactics represent dots that the government and the media seem reluctant to join up.

There will surely have to be a tipping point when merely dismissing everyone who speaks out as ‘Islamophobic’ and right wing isn’t an automatic gagging device. Let’s hope this programme ruffles a few feathers, and that this time they stay ruffled unlike Undercover Mosque which now seems a distant memory.
Posted by sue at 13:36