Footie, the Oscars and Jihad

Wasn’t the Today programme bizarre this morning? It was.The embarrassing Bono incident “have I brought shame on the Today programme?”  and the spoonerism-prone James “I did that once and I don’t think I got away with it”  Naughtie, who couldn’t quite say ‘ice sheet’ this morning, coupled with several other strange topics and statements of the bleeding obvious. In his excitement the poor Oscar besotted reporter even got James Naughtie mixed up with John Humphrys, and called the Today programme “Breakfast”.
Fortunately Evan did the Sol Campbell ‘Ten years a non-captain’ item rather than Naughtie who might have spluttered out “Col Sambo”, which he would never have lived down. I do know it’s not an exact spoonerism by the way you pedants.

Having not had the pleasure of going to the cinema for many years, last November I suddenly decided to go and see “Gravity” in interminable 3D. It was exhausting. I know how poor Sandra Bullock must have felt, especially when she landed in the middle of nowhere in just her underwear.

Twelve years a slave. Only twelve? Some of us have been married  much longer.

They’ve meddled with the Today programme website so you can’t get to hear every individual item with just one click as you could once do, which is probably the BBC’s deliberate attempt to foil people like us who are desperate to link to the best bits on their scurrilous Beeb-bashing websites. Also, they take hours to upload ‘selected’ clips onto Listen Again, so we have to hang about till it’s old hat and nobody will care, if they ever did.

Let’s go and have a look. ‘Still not available'. Just the provisional running order plus promise.

So. A professional ex-Jihadist has been called in as a consultant, to share his expertise.
How not to alienate home-grown potential jihadists  (A speculation while we're waiting)


I hope he’s being fairly remunerated for his specialised insights, whatever they are.

Ah! It’s up now.
Lo and behold, that item is one of the specially selected items that they’ve chosen to feature. And so is Bonio! Hooray! Now I don’t have to listen to the whole three hours.

“One of the ironies is that we never fear death, but we fear imprisonment because imprisonment confines you physically, while martyrdom is something that will free your spirit.”

says the al Qaeda defector who doesn’t want to be named.

Hmm. A rather good argument for reinstating the death penalty, namely satisfaction all round. But I’m against it in principle. Oh dear, might have to reconsider.

“The man, who was born in Saudi Arabia said ministers had to change their rhetoric to convince extremists that the West wasn’t responsible for conflicts in the Issslamic world. The mayor of London, Boris Johnson, said that Muslim children who were at risk of being radicalised by their parents should be taken into care because they’re victims of child abuse. Writing in the Daily Telegraph, he said ‘some children should be removed from their families to stop them becoming potential killers or suicide bombers’ “

(From the news bulletin on the Today programme just after 6am) 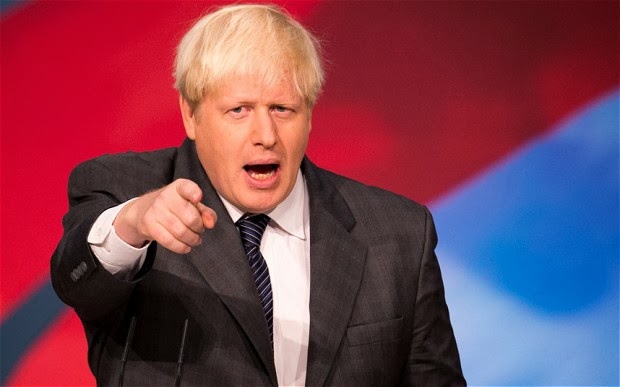 My God. Did Boris really say that?  Oh yes, so he did. Just imagine the outcry if social services  ever wrenched Muslim children away from their families, and in any case it’s not quite certain that being brought up in care provides cast-iron insurance against growing up as a potential killer or the other thing.
Anyway, isn’t it high time the government wrenched children away from radical Islamists per se? If there’s any truth in those almost parodic Trojan Horse revelations? I did read the article in the Times as well.
Note to self. Must stop running to Harry’s Place every five minutes.

Crucial advice to the government from the defector from al Qaeda who doesn’t want to give his name.


Sima asks: “Should we listen to what you say?”


Token trivial item at the end of this post.

Last week I saw a nude self portrait by the great artistic duo Gilbert and George. (at Cheltenham Art Gallery if you must know) They are the spitting image of another great artistic duo Morecambe and Wise. Remember how Morecambe and Wise were often filmed in bed together, at the end of a long tiring day full of escapades; Eric with his pipe and Ernie with a book? They’d never get away with that these days.