D’you ever look at the sidebar on this blog? I do - but then I would, wouldn’t I?

As Holocaust Memorial Day 2019 (27th January) approaches, you might spot amongst the featured blogs, press and media outlets several ominous signs of storm clouds gathering; the possibility is being raised that history could actually repeat.

For some reason, we haven’t put the Gatestone Institute in the sidebar, but many of you are aware of it. Here, Douglas Murray gives an account of a recent development within the “Interfaith community”. He relates how a proposed exhibition at the Shia Muslim-owned former Golders Green Hippodrome, which was to feature the role that some Muslim Albanians played in helping to protect some of their Jewish neighbours during the Holocaust, has been cancelled at the behest of opponents of the exhibition including Roshan Salih, editor of British Muslim news site 5 Pillars, who urged a boycott.
Does anyone have faith in the “interfaith’ concept?

The BBC is to air a programme called The Last Survivors on BBC 2, Sunday 27th January at 9pm.
Bryan Appleyard's piece in The Times (£) is more than a preview of the programme; it’s especially worth reading as it alludes to wider political issues as well.

“The new horror is that this Everest of evidence may not be working as a warning. Holocaust denial persists — the appalling David Irving profits from this staggering lie. “World’s oldest hatred,” he snarls. “Ever asked why?” Anti-semitism is on the rise in Donald Trump’s America, where, during the violence in Charlottesville last year, white nationalists chanted: “Jews will not replace us.” Nationalism in eastern Europe is stirring up old prejudices. Watch out for the name of the billionaire George Soros — he is always used as evidence for the old fantasy of an international Jewish conspiracy, the fantasy that provided the Holocaust with a justification.”

“As part of their efforts to reassure local Jews of their good nature, the Golders Green mosque had planned to show an exhibition which would highlight the role that some Muslim Albanians played in helping to protect some of their Jewish neighbours during the Holocaust. Britain and Albania are, of course, are a continent apart. It is also probably safe to say that Albanian affairs, even extremely recent ones, are rarely a priority for residents of the UK. Obviously, the twin purpose of such an exhibition would simply be to show Muslims that there were heroic Muslims in the past -- as today -- who are willing to make a stand against the worst inhumanity, and also to remind Jews that, as well as there being people from the Muslim community who have always had a deadly intent towards their people, there have also been others who have been allies and friends. It is hard to see who could object to such a message.

Except, of course, that there are. Among the Islamist-oriented groups in Britain is one revolving around a website called '5 Pillars'. Its editor, Roshan Salih, also works for the Iranian state broadcaster Press TV, which had its broadcasting license in the UK removed after it showed forced confessions of prisoners inside Iranian jails in the wake of the uprising crushed by the Iranian government in 2009. Since news of the exhibition emerged, Salih has led a campaign to boycott it.

The reason he and '5 Pillars' claim as their excuse is that the Holocaust exhibit is coming from Yad Vashem, and Yad Vashem is Israeli. Those -- including Muslims -- who have criticised the exhibition's critics have been dismissed by Salih as simply 'Zionists'.
Now the exhibition has been scrapped.” 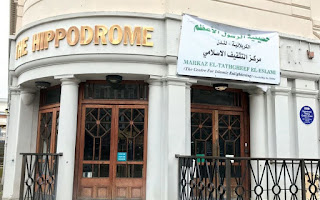 The Guardian previews “The Last Survivors” too - but the sanctimonious left-wing media habitually take a mawkish interest in the Holocaust, probably as click-bait. The media regales us with pitiful tales of dead Jews as self-indulgently as they wallow in the demonisation of the living, breathing, maleficent*, hook-nosed article.
*Maleficent: 'causing harm or destruction, especially by supernatural means'. (Oh for the power and know-how to make use of my inbred supernatural means)

The media are the ones who are genuinely guilty of exploiting the Holocaust, not the Jews, and I'd say that kind of exploitation is where the antisemitic tag ‘The Holocaust Industry’ takes on its true meaning.

The information-packed site Elder of Ziyon primarily focuses on US-related topics, but I’m more interested in the UK-centric content as it's more familiar to me. However, one could hardly miss the avalanche of antisemitic and anti-Zionist activities currently gathering pace across the pond.
Horrifyingly Judeophobic incidents involving US campuses and academic institutions abound, and politics-based antisemitism is rapidly gaining momentum in an increasingly divided America. Young politically active, BDS supporting feminists, some of Asian heritage with fiercely anti-Israel agendas are proudly spouting overtly antisemitic rhetoric and disseminating fictitious, antisemitic tropes and libellous allegations, such as Ilhan Omar's Tweet, below.

“Israel has hypnotized the world, may Allah awaken the people and help them see the evil doings of Israel. #Gaza #Palestine #Israel”

(She has since apologised.. rather like Naz Shah, “she didn’t know it was antisemitic”) Libellous and slanderous remarks like that can be distorted, ill-informed and inflammatory, yet no-one seems to care. Similar such speeches and media performances are captured on video and shared with receptive audiences worldwide. The leaders of the famous Women’s March preach an overt kind of antisemitism to which people who should care are willing to turn a blind eye. 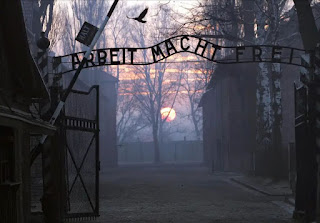 “Two-thirds of American millennials cannot identify what Auschwitz is, according to a study released on Holocaust Memorial Day which found knowledge of the genocide that killed six million Jews during the Second World War is rapidly fading among US adults, especially those aged 18 to 34.
Twenty-two per cent of millennials said they haven’t heard of the Holocaust or are not sure whether they’ve heard of it – twice the percentage of US adults as a whole who said the same.

“A fifth of French young adults have never heard of the Holocaust, according to the startling conclusions of a survey on an antisemitism conducted across Europe.
The investigation found antisemitic attitudes were pervasive across the continent, with many believing Jews had “too much” influence in business, finance, politics and the media.

Meanwhile, a third of Europeans in the poll said they knew just a little or nothing at all about the Holocaust, the mass murder of some six million Jews in lands controlled by Adolf Hitler’s Nazi regime in the 1930s and 1940s.”

These surveys only represent the appalling ignorance they found in civilised western countries. It’s not even worth delving into the Jew-hating Islamic countries that the UN is stuffed with. Currently, the Malaysian government is refusing to let Israeli swimmers enter the country to compete in a Paralympic type swimming event they’re hosting and they’re not in the slightest bit ashamed of themselves for doing so. (note how the HuffPo uses an unflattering pre-diet image of Tom Watson. Does HuffPo sympathise with Prime Minister Mahathir Bin Mohamad? ) 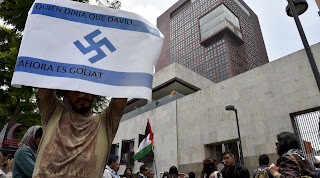 The era of ‘never again’ is ending by Eric Rozenman

Not entirely dissimilar, leaders of the Women’s March movement demand that Jewish activists check their white privilege and apologize for the Jews’ racist suppression of black and brown people.

That reminder might well fit the present leader of Her Majesty’s Loyal Opposition and his cabal of antisemitic cronies. What if Labour wins the next General Election?

Watching PMQs yesterday, I heard Theresa May contrasting Jeremy Corbyn’s willingness to engage with Hamas and Hezbollah “without preconditions,” with his refusal to come and talk to her about Brexit unless she first agrees to "rule out the 'no deal' option".

I felt that her words came across more as a matter of opportunistic political point-scoring than from genuinely passionate outrage. After all, it’s only recently - remarkably late in the day, I think -  that she has begun to push home the crucial public reminders of Corbyn’s past affiliations;  but at least it was aired in the public arena, which is a lot better than not at all.

Also from our sidebar, I read the UK Media Watch post about a Guardian op-ed, which is not only full of falsehoods but seriously inflammatory. It qualifies as hate-speech, without a doubt. However, the upside is that I discovered a valuable new source from a comment below the line; a Twitter account that documents the activities that other sources fail to reach. Mishal Husain and her cloth-eared, blinkered colleagues should put some of that in their pipe and smoke it.
Posted by sue at 15:46