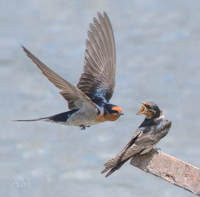 From long experience, I'm wary of reading anything of significance into BBC Question Time audiences, so I'm treating Ross Clark's claims in the Spectator that "the new [strongly pro-Brexit] mood of Question Time audiences reflects the changing Brexit debate", showing that the British public just wants to get on with Brexit, with some caution.

But it is interesting that this week's Question Time audience, like the anti-Diane Abbott one last week, appeared to be strongly pro-Brexit - especially as, this time round, the programme came from a pro-Remain-voting constituency, Winchester.

Of course, the pro-EU fringe of BBC critics are busily accusing the BBC of "stuffing the audience with Brexit supporters", after just two editions where the audience felt different to the usual Question Time audiences we've been used to for so many years.

A space worth watching maybe.
Posted by Craig at 17:55