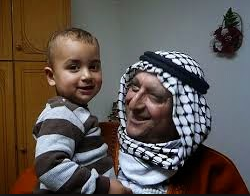 We here at Is the BBC Biased? are very fond of BBC veteran reporter Hugh Sykes.

We think of him as the authentic, time-honoured voice of the BBC.

His Twitter feed remains a joy. He pronounces himself to be something of a contrarian, but his Twitter contrarianism almost invariably chimes with BBC orthodoxy, and - even better - is expressed neat rather than diluted.

Read through the great man's latest tweets (views his own) and you'll find someone who really doesn't agree with pro-Brexit Tory MP Mark Francois over Brexit and will re-tweet anything (however rude) attacking the MP for his views, again and again and again.

You won't find any pro-Brexit re-tweets from Our Hugh Of The BBC.

Strikingly, he's someone who will even re-tweet attacks on his BBC colleagues if, regarding the case of John Humphrys, he follows the Twitter mob in smoking out a BBC presenter who might just harbour forbidden pro-Brexit views.

So far so (mainly) obvious, and present-day BBC.

But, interestingly, Hugh then re-tweeted a Sinn Fein MP defending the Maduro government's legitimacy in Venezuela, plus criticisms of US foreign policy over Afghanistan (from the 'it's all about oil' angle), and support for left-liberal hero George Clooney's criticisms of the US government's position on Sudan.

And this is just a dip-in from the last couple of days.

Long may Good Old Hugh keep on refusing to hang up his coat of non-impartial views on Twitter. It helps me figure out the BBC's view on subject after subject.
Posted by Craig at 23:02