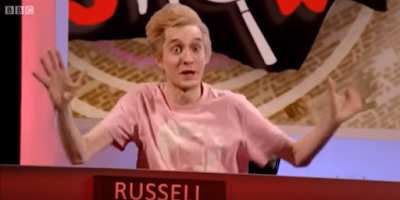 Oh, this is priceless!

One of the most BBCish of BBC comedians (while he was there), Russell Howard, wrote an achingly right-on joke for his BBC programme Good News about the IS-supporting fanatical Muslim terrorists who murderously attacked Paris in 2015 which made the very familiar BBC point that they weren't real Muslims.

This highly dubious platitude apparently went down well with the BBC studio audience but, alas, the BBC objected and demanded the joke be re-recorded.

Russell quotes the BBC as telling him, "You need to say Isis aren't *devout* Muslims". (An equally dubious platitude).

And he obliged - though he's still evidently sore about it.

I think we're well beyond merely being In Wonderland or even Through the Looking Glass here.