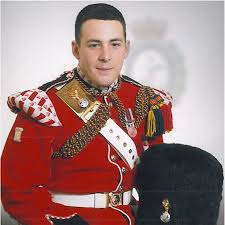 It's in the nature of blogs to be both personal and topical. My posts tend to be neither, but this one will be both...

The savage murder of Drummer Lee Rigby by two British-born, second generation immigrant Muslim converts, one of whom spouted religious (Islamic) and political (Islamist) justifications for their sick killing of a young British soldier, has shocked, disgusted, depressed and confused me.

From discussions with friends, family and work colleagues I know that I'm far from being alone in feeling this way. Acts of sectarian murder aren't exactly new to the British Isles (think of the Troubles in Northern Ireland) but this kind of 'look-at-me-and-film-me'  butchery and would-be beheading of a serving British soldier with a young wife and a two-year-old son by a pair of Muslim fellow Brits is - however expected, given the many threats of Islamists to do just this kind of thing - something truly sickening and unprecedented for this country. It's very hard to come to terms with, especially given a personal, family reason that has made the story strike home even harder for me.

It's also very hard to blog about such things - and harder still to blog about something that seems like a side-issue in comparison, namely BBC bias.

The corporation's coverage of the events on the day struck me (as it struck some commenters at Biased BBC) as being admirable rather than objectionable. The BBC's much-complained-about tendency to try to deflect attention away from the specifically Muslim nature of the crime  (and all the implications that flow from that) onto, say, the the failings of the police, the EDL, the security services, "Islamophobia", British foreign policy, the BNP (etc), didn't come into play much that day.

Last night's The World Tonight was much more what I expect from the BBC. I will permit myself a grumble about this, but nothing else at this stage.

I sent Sue an e-mail moaning about the programme immediately after it was broadcast but found, the following morning, that a commenter at Biased BBC had outlined the programme's coverage at least as well as I'd done, so (with a due hat-hit) here is that comment:

graphene fedora says:
May 25, 2013 at 6:22 am
Radio 4, 10pm News, last night, Friday. Missed first 3 minutes, then caught a cursory mention of the Rigby family’s heartbreaking press conference. Next, Kim Howells, former New Labour Home Office/Security minister, who spoke sensibly about the overstretched security services trying to monitor thousands, thousands, of terror suspects, & how they have to make extremely difficult judgements; who is ‘peripheral’, who is a main player. Howells then went spectacularly off-message, he picked up a loose ball & smashed thru’ the BBC’s defences. He said, with increasing passion, it was really down to the muslim communities to come forward & identify the potential terrorists in their midst, & their reluctance to do so would, in time of war, render them TRAITORS. Cue nervous & hurried curtailment of the interview by panicky lady beeboid. A bit too much Old, Real, working class Labour for the refined Islington/Barnes palate.
Next, a man & a reassuring survey, telling everybody everything’s fine – no increase in animosity against muslims, besides, it’s a generational thing, 16-24s are cool about it. So that’s OK, then. Lot of young muslim men in my ‘hood who are very cool with it.
On to a purring muslim gentleman, teacher, resident of Woolwich for 40 years, muslim community, all fine, thank you, muslim community has recieved many messages from concerned Christians, muslim community, muslim community, muslim comm…
Next, a muslim man, who had been chairman of the Fabians, &….Medhi Hasan….to discuss whether the media has got the Woolwich atrocity out of perspective.
Switched off.

I also switched off at that point.

Please take a listen for yourselves and you will see that the commenter gives a very accurate flavour of the programme. Presenter Philippa Thomas's ending of the interview with Labour's Kim Howells really did sound "nervous and panicky". This is how the closing section of that interview concluded, in response to a question from Philippa about whether government interventions might "alienate" Muslims:

Kim Howells: The people who should be stopping all this are Muslims. They are those Muslim communities who ought to have the guts to stand up and identify these people because they live in a democracy, they should abide by the rules of the democracy and by the laws of this country. If they don't do so they are effectively traitors. They are doing things which in wartime would be considered to be the acts of traitors...

Kim Howells: ...and they should be treated as such.

Philippa Thomas: Kim Howells, thank you very much for joining us.

That she evidently felt uncomfortable when Dr. Howells made the point that it's down to the Muslim community to tackle the extremist element in their midst and that that their failure to do so would make them traitors does, I think, speak volumes about the BBC presenter's own attitude. I'm firmly with Dr. Howells (and Simon Heffer) here. It clearly is treason....which is a discussion none of the BBC Radio 4 staples (or Newsnight) is prepared to focus on or discuss. Their failure to do so also, I think, speaks volumes about their (institutional) attitude. It denies a hearing to a strong strand of public opinion, as represented by Dr. Howells, Simon Heffer - and me.

The man with the "reassuring survey", helping to shift the focus onto the far-Right (EDL, etc), was BBC regular Dr Matthew Goodwin. Dr Goodwin - a left-wing academic - has, as far as I can see, been all over the BBC in recent days (Newsnight on Thursday, Today this morning), highlighting the dangers of an "extreme-Right" reaction, "prejudice" and "Islamophobia". This survey, carried out by YouGov on his behalf, apparently shows that the British public hasn't become more "Islamophobic" as a result of the murder of Lee Rigby. D Goodwin's presence is what I would expect from the BBC, as is the shift of focus onto the far-Right and the possibility of a backlash. (Philippa didn't interrupt or cut him off).

Also to be expected was a reassuring Muslim voice, voicing the fears of "the community" about that backlash - and the warm feelings of other "communities" towards his own "community". (The word "community" was used ten times during this discussion). That voice was provided by Saeed Ahmad of the Greenwich Multi Faith Forum, who had been invited to a meeting with Labour leader Ed Miliband that day (Philippa told us). Philippa didn't fail to invite him to criticise the newspapers for distinguishing between "the Muslim and the other" (and he didn't fail to take up her invitation).

I'd been rather taken aback by the line John Humphrys had been pursuing during his interview with Communities Secretary Eric Pickles that morning (here, at 1:35:30, for a few more days), which was also based on the "backlash" and "fears of the Muslim community" angle. John Humphrys's specific angle was that the story  of "a man being killed in the streets" was being got out of perspective - that "we" "over-reacted" (as he put it.) Lo and behold, next up after Mr Ahmad on last night's The World Tonight was a discussion framed, as the Biased BBC commenter said, by the very same question from Philippa Thomas: Has the reaction been "proportionate" and "appropriate"? The programme gathered together two like-minded left-wingers, Sunder Katwala of the Fabian Society and Mehdi Hasan of the UK Huffington Post. "Have we over-reacted?", Philippa asked Mehdi, further pursuing the matter in her follow-up question. Philippa then asked Sunder another variant on the same question. Neither of them, I'm relieved to say, agreed that we had over-reacted.

It's this sort of thing that gets the BBC a reputation for being biased and pursuing certain angles. 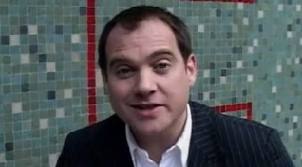 UPDATE: Tonight's PM led with that "rise" in "Islamophobic attacks" and "questions" for the security services.

Paddy O'Connell's interview with Haris Rafiq of the counter-extremist organisation Centri was interesting. In response to Paddy's question about whether our security services have been embarrassed by the Newsnight Islamist's so-called revelations, Mr. Rafiq strongly (and convincingly) disputed the legitimacy of those allegations. Also, in response to Paddy's question about whether MI5 was alienating Muslims, Mr. Rafiq revealed something truly astonishing, which I've not heard before:


I think that, from my own personal experience, I've spoken to a number of British Muslims since the incident in Woolwich and I would say that approximately 60% of the people I've spoken to have thought, before they spoke to me, that this was a government cover-up or this was an MI5-instigated incident to have a go at Muslims.