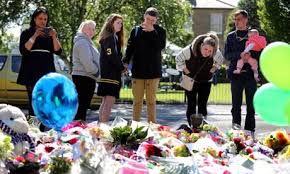 Maybe it's being a Northerner but, despite the BBC's relocation to Salford, I can't help feeling that there's a massive disconnect between the BBC's London elite way of thinking and that of most of the people I know - a feeling amplified by this week's horrific murder in Woolwich.

A piece by Trevor Barnes on this morning's Sunday (Radio 4) reported on how faith communities in Greenwich are responding to the murder. The report was strongly insistent in its projection of the message that they are all united in mutual regard for each other, and in opposition to the extremists - on both sides. (The BBC reporter explicitly placed the non-bombing, non-beheading if occasionally thuggish EDL as as being equivalent - a "counterpart" - to the murderous Islamists. I believe this to be a species what's known as "moral equivalence".) No one in the report disagreed with its twin messages - that the murder by the two Islamist savages is a perversion of Islam and that the communities of Greenwich feel nothing but warm feelings towards each other.

This doesn't tally with what I'm hearing at work, in the pub and at home - though it is entirely typical of what you are likely to hear on the BBC.

I've been hearing people saying things I've never heard them dare to say before - and this includes people who have never taken an interest in the news, people who have previously been apathetic about such matters. They are absolutely disgusted.

Truly, I've never seen or heard anything like it. People who have kept their mouths shut or merely, once in a blue moon, hinted nervously at concerns about Muslim extremism are now fairly openly (if only among friends and family and work colleagues) saying, "If they hate this country so much, get rid of them", "this is a form of treason", "the EDL may be thugs, but are they wrong about this?" and "I didn't think I was a racist, but I think I might be now".

I keep hearing people complaining that we Brits are mugs, complacent, a soft touch - many of the complainants, as I say, being people who rarely vote and hardly ever even bother to watch the news. They, like many of those who do, say they are fed up with Muslims insulting and hurting us, as they put it. They are also fed up with politicians doing nothing much about the problem, as they put it. And, on the theme of this blog, a few of them - without any prompting from me - have complained (as I've never heard them complain before) about the BBC - and specifically the BBC - and its attempts (as they see it) to pull the wool over our eyes. They are, it appears, no longer prepared to buy it.

So, the BBC can keep on carrying on, pushing us all their Hargeys, Bukharis and Goodwins at us (as they were doing on today's The Big Questions with Nicky Campbell), but many people really do seem to be looking right through them now.

Matthew Goodwin's survey (as mentioned in yesterday's post) doesn't seem to reflect much of what I'm hearing - and I've been hearing a lot of people saying an awful lot of things. Whether they'd be prepared to tell strangers, pollsters and anti-EDL academics that is another matter entirely - and (I suspect) deeply germane to the results Matthew Goodwin and Trevor Barnes have 'found'. This is one area where polls are likely to be deeply skewed. People fear to tell strangers what they think on this subject, lest they get into trouble. People are getting into trouble for saying what they really think. Many know they have to tread very carefully (as you hear again and again in vox pops on the BBC).

This week has, I think, changed everything. At least for a while. Those same people might sink back into apathy again in a few weeks though. Many of our opinion formers will be certainly hoping so - and their striking determination to close as many potentially off-message comments threads as possible on blogs is a remarkable feature of their nervousness.

Next on Sunday came a rushed discussion, inevitably featuring the aforementioned Asghar Bukhari (the Gerry Adams lookalike who has been all over the BBC in recent days, pushing his "it's all about our foreign policy" line). He got shirty with anyone who dared disagree with him that it's all always about foreign policy. Qadeer Baksh from the Luton Islamic Centre was also on, along with Alexander Hitchens (son of Christopher), who tried to tell Asghar Bukhari that the murder of Theo Van Gogh, the attacks on anyone who attempts to draw a cartoon of "the Prophet Mohammed" in Denmark, (etc), weren't to do with foreign policy. Mr. Bukhari simply refused to accept that and kept repeating his familiar slogans. Qadeer Baksh rather strayed off message when he said that the killers were spiritual Muslims, devoutly reciting the Koran and Muslim prayers in mosque. Sunday presenter William Crawley, like Philippa Thomas on The World Tonight, didn't seem entirely comfortable with that and gave every impression of trying to get the discussion back on message by quickly repeating the 'it's a perversion of Islam' line ("an abduction of the spiritual") and then changing the subject.

William's aside about the "abduction of the spiritual" prompts me to suspect that most of the media - like much of our political class - knows very little about Islam. Have you noticed though how the likes of William Crawleys, John Humphrys, Paddy O'Connell and Gavin Esler (to name but a few examples from just the last few days) feel able to make authoritative pronouncements on what is or isn't the "true" Islam (just as David Cameron did) - as if any of them really know anything much about Islam? (William, in point of fact, might - given that he's a wide-ranging religious affairs writer).

Except for Muslims, most non-Muslims in Britain (including me) know next to nothing about Islam. The exceptions are the Douglas Murrays of this world. I think that's analogous to the way hardly anyone in Britain knows very much about the Bible - except for firm believers and atheists (like me). Most people in the UK are deeply apathetic about such things. We should, I think, try to find out more. Ignorance is not bliss.

Apologies again for the personal nature of some of this post, but I think needs must at the moment! 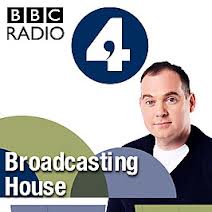 I've just started listening to Broadcasting House. The 9.00am news bulletin reported the government's announcement of a review into its Prevent strategy. The newsreader read out the statement that the programme had been introduced by the "last Labour government" but (in a tone of surprise) added that "almost two years ago its budget was cut almost in half". (I wasn't just imagining that tone, though I suppose it could merely have been a result of a dramatic reading). A clip was then, for some reason, played of Asghar Bukhari's comments from Sunday, where he targeted the government for blame and, as is his way, blamed our foreign policy for the anger of people like the Woolwich jihadists. Why were Mr. Bukhari's comments chosen for this news bulletin, above those of Qadeer Baksh or Alexander Hitchens?

On Broadcasting House proper, Paddy O'Connell promised to canvass a range of opinions on the murder. He began by interviewing 7/7 survivor and peace campaigner Jacqui Putnam. He asked her if she dreaded such a thing, if MI5 had improved its processes since 7/7, if the security services have questions to answer and if she is worried about "Islamophobic attacks". (She is). Those questions reflect the concerns of the BBC, as discussed in my next-but-last post. They are not, I suspect, the main concerns of most listeners.

The BBC's Peter Taylor came next, discussing "the theatre of terrorism" with Paddy and what gets shown by the media before Paddy returned to the topic of MI5's alleged failings with Sir Paul Lever of Rusi, pursuing with him what he thought of MI5 reviewing its own response. Then came journalist Navid Akhtar, who advised the BBC after 9/11, with Paddy beginning by asking him about the danger of Islamophobia and attack on Muslims. "What's it like for you?" asked Paddy. "Are your children scared?", he asked again. Other questions concerned whether there's such a think as a "Muslim community", and the problem "of angry young man identifying with a global cause", which is (Paddy said) "something we've dealt with before."

This whole discussion existed entirely within the BBC's comfort zone and in no way reflected the views or concerns of the people I know. The range of guests was narrow - two being affiliated to the BBC - and the range of questions even narrower, framing the debate in very particular ways.

Do you find this as unsatisfactory as I do?

Hardly any better was the later paper review - with writer Andy McNab, anti-apartheid campaigner Denis Goldberg and businesswoman Laura Tenison. This found the first guest echoing Russell Brand's "blame this on madness, not the Muslims", the second guest attacking "anti-multiculturalism" and the Sun newspaper over its anti-Anjem Choudary headline and the third guest saying that people like the murderers of Lee Rigby "need to be  looked after, they need to be nourished, they need to be cherished". At least Paddy had the decency to chip in, "Sometimes they may need to be arrested" at the point, though Mr. Goldberg went on to echo Laura's "they need nurturing" point later on. They need hope, he said. Andy McNab also agreed, rather surprisingly. Those views are not ones I've heard expressed by any of my work colleagues, friends or family. They could almost come from another planet. Planet BBC, maybe.


CODA: On a lighter note (and one is probably needed), Broadcasting House also featured a report from the Hindu Kush in Northern Afghanistan by the BBC's Hugh Sykes. Its subject was the prospects for the area following the approaching withdrawal of Western forces from the country. Hugh painted a very positive picture. All will be well, and all manner of things will be well, apparently. Let's hope he's right. All his interviewees certainly thought he was.