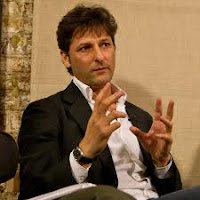 You will doubtless be delighted to know that the Guardian's deputy editor Ian Katz has been appointed to the position of editor on Newsnight, BBC Two's battered flagship.

Wikipedia has this nugget on Ian Katz:


In August 2004, for the US presidential election, the daily G2 supplement launched an experimental letter-writing campaign in Clark County, Ohio, an average-sized county in a swing state. G2 editor Ian Katz bought a voter list from the county for $25 and asked readers to write to people listed as undecided in the election, giving them an impression of the international view and the importance of voting against US President George W. Bush. The paper scrapped "Operation Clark County" on 21 October 2004 after first publishing a column of responses - nearly all of them outraged - to the campaign under the headline "Dear Limey assholes".The public backlash against the campaign likely contributed to Bush's victory in Clark County.

Hopefully, he will be leaving his partisanship at the studio door when he takes up his position - just as the Guardian political correspondent Allegra Stratton left hers behind when she became Newsnight's political editor last year. (And Paul Mason left his Trotskyism at the door when he became the programme's business editor).

The BBC often gets criticised for being too close to The Guardian. I can't begin to think why.

(Doctor, please can I re-order some more anti-sarcasm pills? Thanks.)

Ian's wife, Justine Roberts of Mumsnet, has been quite a Newsnight regular in recent years. It will be interesting to see if that continues under her husband's stewardship of the programme.


I am simply flabbergasted by the insensitivity and political crassness of the BBC management. Do they have no idea how this looks? Can they not see that, so far as their critics are concerned, there is something deeply sinister about the apparently cosy relationship between the country's most blatantly Left-wing newspaper and the BBC's political coverage? What in the name of God are they thinking?