An intra-familial spat between two cheeks of the same (pro-Zionist) arse is going on right now. (Isn’t there always?)

You can read about it below the line on Harry’s Place, and naturally, it’s also in the Twittersphere.
Roughly, it boils down to slightly differing takes on the riveting topic of antisemitism - Islamophobia.

How much equivalence is there between the two? Melanie Phillips has written an article titled:
“Don’t fall for bogus claims of ‘Islamophobia” in the Jewish Chronicle. 'The taunt of Islamophobia is used to silence any criticism of the Islamic world, including Islamic extremism.’

“The Palestinians constantly spew out medieval and Nazi-themed hatred of Jews, presenting them as the source of all evil in the world. They claim that the Jews were behind 9/11, that they are current-day Nazis and that they control US foreign policy and the world’s finances and media.

However, she adds, later:

Shockingly, some Jewish leaders have gone along with [this travesty,] even equating “Islamophobia” with antisemitism.

The row surrounding this subject references a piece by David Toube (once-upon-a-time of Harry’s Place / now of Quilliam) which also appears in the Jewish Chronicle. It’s headed: ”Melanie Phillips is wrong to dismiss the concept of Islamophobia”

“It is impossible, practically speaking, to disentangle conspiracism directed at Jews, and that which has Muslims as its target. Call it Islamophobia, call it anti-Muslim bigotry: we should all be concerned at the rise of deadly conspiracy theories.

Yes, antisemitism is rife within the Arab world and within Muslim communities. No sensible person doubts that. Yes, the term “Islamophobia” is used by Islamists in order to dodge criticism of their theocratic and totalitarian politics, and by others in order to advance the case for a quasi-blasphemy law. For this reason, some argue for a better term than “Islamophobia”: me included.

But such marginal arguments over terminology must not distract from the concern over a genuine, and deeply worrying phenomenon. If we pretend that, because the term Islamophobia is sometimes misused by rotters, it doesn’t exist at all - as Melanie Phillips appears to have done -  we are indistinguishable from the likes of the Labour Against the Witch-hunt mob, who devote themselves to denying clear cases of antisemitism, and defending obvious antisemites.

It seems you can criticise Islam, yes, you can mention that antisemitism is rife in the Arab World and within Muslim communities, AND you are allowed to say that the term Islamophobia can be a polite wedge in the door for your dreaded blasphemy law. But you mustn’t pretend that Islamophobia doesn’t exist.

In my humble opinion, Melanie Phillips hasn’t said any such thing - (that Islamophobia doesn’t exist) which almost renders the somewhat peevish accusation aimed at Stephen Pollard, which is that he shouldn’t have published her article, irrelevant. The spat seems like an overblown fuss about nothing.

Nevertheless, the Board of Deputies has weighed in, as well as another voice from Quilliam, Maajid Nawaz. I haven’t studied this piece, but I hear it’s more of a  nuanced affair than an overtly negative critique of Melanie Phillips or the JC.

Another article (again by someone associated with Quilliam) might, in time, put these unnecessary intra-familial spats into perspective. This is in the Christmas edition of the Spectator (£) and it is by Ed Husain.

Islam’s reformation: an Arab-Israeli alliance is taking shape in the Middle East
New maps of the Muslim mind are being drawn and old hatreds are on the run.

Briefly, it seems that the malevolence of Iran’s Mullahs has galvanised its enemies. It may be a case of ‘my enemy’s enemy’, but never mind. If the Arab world drags itself into the of the real world and brings about enlightenment and reform to radical antisemitic Islam, Islamophobia and the left-wing/Islamic antisemitism axis may not figure so consequentially, frighteningly and crucially in the lives of future generations. Our children, grandchildren and so on. (Bar human extinction) 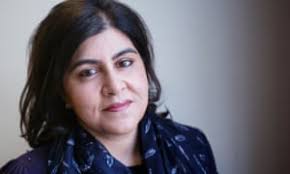 Meanwhile, back at the ranch, Baroness Warsi has been speaking to Nick Robinson on the
Today Programme 2:39

Nick Robinson introduces an item about the Conservative Party’s long-awaited review into Islamophobia. Now Boris has widened the remit to include ‘all forms of bigotry and prejudice INCLUDING Islamophobia.

Oh, dear! This sounds ominous. Are they equating it with Corbyn’s tedious and sneaky ‘All forms of racism” addendum? The BBC reports:
“The party said Prof Swaran Singh would look at how it handles complaints and tries to clamp down on discrimination.

Baroness Warsi criticises Professor Singh’s remit and questions his suitability for the role. Oh, dear! Is Prof Singh going to be another Shami?
“It’s been a long time coming” opines the Baroness, and it must have appropriate scope to cover ‘everything that has happened’. The person who chairs the enquiry must have the confidence of the Muslim community with which Professor Singh’s views are not compatible, she opines. She is unhappy with his background and his views.

“The man himself doesn’t believe that racism exists.”

Baroness Warsi says she has no problem with the widened scope of the inquiry; her issue is that Professor Singh won’t look at what is actually going on or how it’s been dealt with.

There is a controversy around whether there’s a clear meaning to the word Islamophobia - some say hatred of Muslim people “for who they are and their beliefs”, others are worried that the term can be abused by Islamic extremists to say ‘you may not criticise our practices even if it’s the wearing of the burka or the use of Sharia law to repress women, and they are nervous that it can be ‘over-interpreted’ Do you think that that criticism, that concern has no foundation?

Baroness Warsi counters with the (effectively) equivalent argument in relation to antisemitism and criticism of “the State of Israel”.

“The term (Islamophobia) has been around for decades - “the Runnymede Trust coined the phrase 20 years ago, and it’s been an accepted part of the ‘racial justice’ phrase” [..] it clearly shows that it does not stop the criticism of Islam; it is in no way directed at theology and practice - it’s about ‘the radicalisation of a community’ irrespective of whether they believe in a religion or not”.

I hate to pour cold water on the veracity or the sincerity of that argument, but I’m pretty sure the recommended working definition of Islamophobia included “perceived Muslimness” and the dictionary definition has: “dislike of or prejudice against Islam or Muslims, especially as a political force”. So it kind of undermines the Baroness’s assurance that it is “in no way directed at theology and practice.
If you have been, thanks for listening. 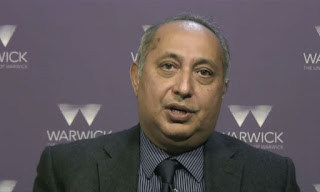 "Sayeeda Warsi has reached a new low. This former Conservative cabinet minister and self-styled spokesperson for Britain’s Muslim community has instigated a pile-on against Swaran Singh, the professor who has been chosen by the Conservatives to head their inquiry into their internal handling of complaints about discrimination, including Islamophobia. Professor Singh’s crime? He once wrote a nuanced, moving essay for spiked about his own family history in Kashmir which goes against Ms Warsi’s view of the Kashmir conflict. How dare he."