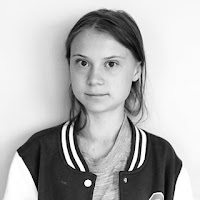 On the Today Programme, some of which I listened to ‘despite Greta’, two brief slots addressed the rise in antisemitism. The first item, at 12:56, introduced the phrase ‘the mainstreaming of hate-speech.’ It popped up during a conversation between Aleem Maqbool and Sarah Smith.

Later, at about 1:09, Sarah spoke to the  President of the Board of Deputies of British Jews about the graffiti in London. Marie van der Zyl had the figures to hand (pretty alarming) - but she insisted it’s rare to see this kind of thing in London. 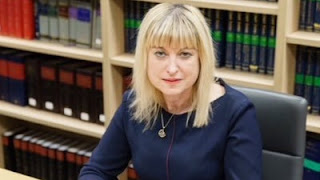 “Why do you think it is that we’re seeing an increase?” asked Sarah, “…a rise in hate crime against different groups?”

Okay, we can see where this is going.

“In society, we need to be clear that anti-Jewish racism, antisemitism, Islamophobia, homophobia and prejudice of any kind is not acceptable in our society” waffled Ms van der Zyl. “Simon Shama said ‘something monstrous is rising out of the slime’ and this really has to be addressed by society,” she went on. “This (Global problem) coincides with the rise in populism and world leaders must ….” she continued limply.

“Just listened to this. She’s not a good or sufficiently strong mouthpiece for Board of Deputies or the community. Each question was answered vaguely and with lack of spirit. This is a time for best mouthpieces and irrefutable argument.”

I quite agree. If this weak mouthpiece is really representative of British Jews, we might as well give in now.
Posted by sue at 19:42