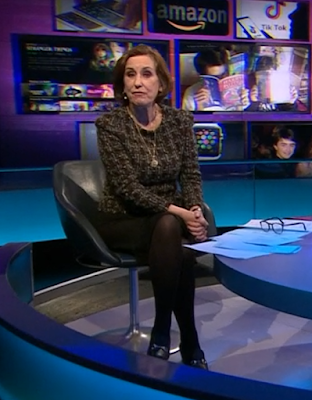 Also on the subject of last night's Newsnight:

On the question of whether we as a country had fewer "shared moments" during this past decade, Kirsty Wark suggested a couple - one of which was Stormzy. That made me smile. It's very BBC. The BBC loves Stormzy and has shared many a Stormzy moment over the past few years. Others may take the Brendan O'Neill line that Stormzy is "a Guardian editorial made flesh".

Kirsty's other suggestion, if you were wondering, was the 2012 Olympics. (I'm assuming she meant the opening ceremony rather than the sporting success of Team GB that year).
Posted by Craig at 09:51