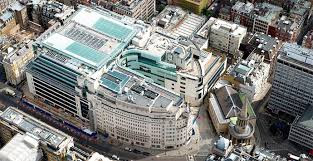 Talking of the BBC's own 'watchdog'-type programmes...

Regular readers will know that I got a bit of a bee in my bonnet during the last series of Radio 4's Feedback about Roger Bolton's scare-mongering and staggering lack of impartiality over the 'BBC versus government' row over the licence fee settlement...

...particularly galling given that Feedback seems much less neutral than programmes like Today - and Feedback's supposed to be their 'watcher' on the licence fee payer's behalf.

I sent a direct complaint to the programme about one particularly egregious example. Though the reply conceded nothing, I noted that the viewpoint of the pro-BBC 'expert' in the following edition was explicitly stated:

To help navigate us through the public consultation process and what it all means I'm joined by Colin Brown, who in the 1990s was Director of Corporate Affairs at the BBC and is now chair of The Voice of the Listener and Viewer, which has been highly critical of the government's role in that licence fee deal.

We're now into the third episode of the new series of Feedback and Roger has toned it down, thank goodness, on this 'Future BBC' campaign of him.

That said, last week's edition did have a major feature on it. A concerned (pro-BBC) listener was interviewed and invited to put his questions to an expert. That expert was introduced as:

I know you've got some questions...and to try to answer them, let me introduce you to Colin Brown, the chairman of The Voice of the Listener and Viewer organisation and formerly a Director of Corporate Affairs at the BBC in the 1990s.

Yes, I'm afraid it was back to square one there.


Putting this second episode aside I was particularly interested to see if Roger Bolton would cover the subject again this week, given the widely-reported and widely-condemned actions of the BBC Trust in apparently ignoring the less-helpful findings of their own wide public questionnaire and using a much narrower (and more helpful) paid-for survey instead.

Given how much Roger had huffed and puffed about the government's failure to properly consult the public during the last series and expressed the point that the BBC Trust is "your voice", I'd have hoped he'd have gone ballistic at his BBC bosses over this extraordinary-seeming ditching of the public's true opinions here

He didn't even mention it though.

Odd that, don't you think?