Should we open up underused churches to Muslims who need a mosque space?

I should just add a couple more things about yesterday's Sunday on Radio 4 (as that's 'my thing' after all!)...

There was also a feature on what should be done with Church of England buildings - especially rural churches where there is low attendance.

Can "much more imaginative" uses be found for them? Should such underutilised churches be used as "philosophical cafes" for example?

William then interviewed the Bishop of Worcester on the matter and came up with a suggestion of his own:

Could that also involve, Bishop, allowing space for other faith groups, for example, you know, a local Muslim community who might need a mosque space?

Bishop Inge replied, "Christian churches are set aside for the expression of the Christian faith".

(Will he get hauled into the Sunday Morning Live studio next week to try and defend that principle?)

Inevitably, the main news story covered was the letter by 84 Anglican bishops calling for the UK to take it lots more Syrian refugees. One of the bishops - the Bishop of Durham - was interviewed by William Crawley.

William did a good job in allowing him to make him case whilst putting the government's counter-argument, asking him if he'd personally be willing to house a refugee family and wondering what kind of limits the Bishop would put on the number of migrants.

He also talked to the Archbishop of Aleppo who (in a scoop for Sunday) criticised the English bishops.

Yes they mean well, he said, but their plan would harm Syria and the Christian community remaining in Syria. He wants them to focus instead on tackling Islamic extremism and push for a political solution to end the war.

William questioned him too, so this was a fine, fair performance from him. 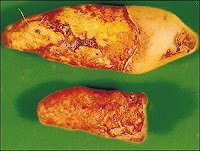 There was also a fascinating interview with Professor Thomas Higham of Keble College about radiocarbon-dating religious relics.

Among the facts that emerged from this are that there are at least 50 different relics attributed to John the Baptist in Europe alone. There are "many, many thousands" of relics in total.

The work, funded so far by National Geographic, has only just begun but it's already proving quite easy to persuade churches in Western Europe to hand over their relics for scientific study.

Professor Keble said that it's not about authentication, though he didn't demur from William Crawley's suggestion that his work is likely to prove what most people already suspect - that most relics are fakes. He then said:

The other thing we have to say is that periodically we are surprised because we find we can't disprove that something isn't from a particular individual or a saint. I'm thinking particularly of some of the work we've done recently regarding the bones attributed to John the Baptist and, of course, St Luke's. St Luke the Evangelist's bones from Padua were analysed in the late 1990s. The carbon dates we did for the bones of Luke actually fell in the first century AD and the genetics suggested this was a person probably from Syria. So periodically we get these...I suppose you'd call them 'hits'.

All very intriguing.
Posted by Craig at 09:57