You cannot be serious! 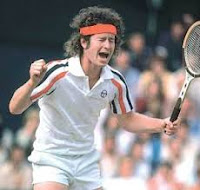 Newsnight's Mark Urban opened his contribution to the programme last night with a remark that would had me spraying my laptop with cocoa if I'd been drinking cocoa at the time (which I wasn't as I don't drink cocoa). So please put down your own cup of whatever you're presently drinking before reading what he said:

I think many of us had sort of forgotten about the Israeli-Palestinian conflict during the last few years...

I not sure who Mark was talking about when he said "many of us".

Surely he can't be referring to the bulk of his BBC colleagues - such as the dozens (literally dozens) of BBC reporters who trooped to Gaza last year, or the producers of From Our Own Correspondent who are so keen on story about the Palestinians, or the BBC World Service, or Radio 4 documentary commissioners, or BBC online editors, or the BBC's numerous obsessive twitterers?

...mainly because events were going on of such intensity in Syria, Libya and other parts of the Middle East that they just tended to overshadow this long-running conflict.

Given the BBC's saturation coverage of Operation Protection Edge (Israel v Gaza) last July and August and its relative lack of coverage of Libya since the 2011 military intervention there, I'm inclined (like Benjamin Netanyahu towards Lyse Doucet) to wonder whether Mark and I might not be living on the same planet.
Posted by Craig at 11:00