That would be an EU matter

The more I think about it the more daunting it becomes thinking about seriously monitoring the BBC's galaxy-sized output, especially when seeking to explore how impartially the corporation covers the EU referendum debate.

The BBC is far too huge for any small number of people to keep track of. Covering just Radio 4 would be more than enough for any one person. Covering Radio 5 would, I suspect, be even worse. And then there's Newsnight,  Victoria Derbyshire and The Daily Politics on BBC Two. And the BBC One News bulletins, plus Andrew Marr, BBC Breakfast, The One Show etc. Oh, and the vast empire of the BBC News Channel and the even vaster empire of the BBC News website. And the worldwide empire of the BBC World Service. And doubtless Newsbeat on Radio 1. Plus the local news lot. And Twitter. And all the light entertainment stuff across the BBC (especially the topical comedy shows). And all the dramas. And all the one-off documentaries across the BBC networks, from BBC Four to Panorama. And who knows about CBeebies?

That's why it's probably best to focus, pace News-watch, on flagship BBC programmes and/or to fix on one programme in particular, such as Radio 4's influential Today.

In the spare bit of time I had earlier in the week I thought I'd follow in News-watch's footsteps and listen to Today's EU-related coverage.

The chosen news angle on Wednesday was that David Cameron, travelling to non-EU Norway and Iceland, was going to lay into Eurosceptic arguments in favour of following the example of Norway, vis a vis the EU.

I tried to stand back, in the original spirit of this blog, to see how fair it was. The result? I didn't think it was very balanced at all.

The programme's coverage focused on the PM's criticisms of Eurosceptic arguments regarding Norway. Again and again the PM's criticisms were outlined in detail by Today presenters and reporters without the BBC presenters and reporters offering detailed counter-arguments (such as might be used by 'Leave' supporters). And no one else was invited on to give the counter-argument either. 'Norway', the straw man, was set up and duly knocked down by the PM, and Today did as little as humanly possible to dissent from it.

Though BBC reporter Ben Wright (in the 6.30 spot) appeared to be winging it somewhat, using the word "his" in relation to the Norwegian prime minister when the Norwegian PM is actually a woman (and not of the transgender kind either), his list of negatives for Norway didn't go quite as far as James Naughtie at 7.10, [Maybe that training for all BBC journalists to bring them up to speed with EU-related matters is urgently needed]. Ben said that Norway had no voting rights at EU meetings; Jim said Norway has "no voice" at all, which isn't true. Pro-EU voices appeared in clips from Norway, even though support from EU membership there is at a very low level (so people must be happy enough about their present non-membership of the EU after all).

Later came a strikingly gentle interview between Justin Webb and Frans Timmermans, First Vice-President of the European Commission. At the recent House of Commons ESC session on the BBC's coverage of the EU, Kate Hoey MP worried about the BBC having lots of European Union commissioners from other countries speaking on the EU. I think this sort 'grilling' was just the kind of thing she had in mind. (If the BBC ever introduced a mirror image programme to its 'HARDtalk', this interview might make a fine template. Obviously, it would have to be called 'SOFTtalk'.)

The BBC doesn't often give David Cameron a free pass, but he certainly seemed to get one here.

On Thursday's edition, in contrast, the chosen news angle went very much against David Cameron, with the focus being on how various Nordic/Baltic leaders had told the BBC that Mr Cameron hadn't said anything concrete about what he actually wanted.

Curiously the bit with Laura K, prior to the interview with Nick Clegg before the 8 o'clock news, where we actually got to hear directly from the two leaders cited, didn't sound anywhere near so damning to me as the BBC had been making out. 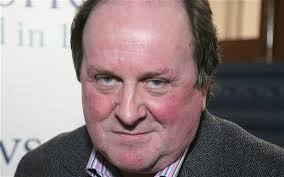 There were two James Naughtie interviews with UK politicians about the EU on that edition - one with pro-EU Nick Clegg, one with anti-EU Kate Hoey.

Even though I've been mostly out of action this week regarding BBC bias, even I spotted lots of complaints that the two interviews differed greatly, with Nick Clegg being said to have got a free run just before 8 o'clock, plus lots of time, and Kate Hoey being said to have got significantly less time, getting relegated to the 'dead zone' and having to repeatedly ask James Naughtie to let her finish.

Checking this for myself - and applying my trusty stopwatch - Mr Clegg got to speak on the EU for 228 seconds (he got an extra bit on tax credits too above and beyond this) while Ms Hoey got just 152 seconds. (Both of those totals come after deducting James Naughtie's contributions from each interview.) So that's well over a minute more.

Ms Hoey did have to ask Jim Naughtie twice to let her answer after he attempted to interrupt her - his first attempt being made only 8 seconds into her first answer. Mr Clegg's first answer ran for 75 seconds, uninterrupted. However, in fairness to ol' Jim, Kate Hoey won out and she did get to give the answer to his final question uninterrupted. (For stats fans that final question of Jim's lasted 57 seconds - classic Jim Naughtie!)

All such things add up. So far the 'Stay' side was clearly 'winning' the battle for Today coverage, thanks to Today.

Friday and Saturday's Today haven't been EU-focused, so that's as far as this goes this week.

As you may be aware, James Naughtie is leaving his presenting role on Today soon. He's becoming a roving correspondent for the BBC. The UK's EU referendum is one of the main subject areas he's going to be focusing on, apparently.