'From Fact to Propaganda' is back. Rejoice! 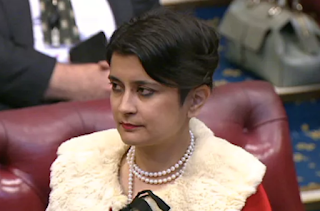 Radio 4's From Fact to Fiction, the series where writers create a fictional response to the week's news, is back for another series.

Regular readers might recall that we reviewed the last series in some detail after it featured a toe-curlingly awful agitprop mini-drama on the migrant crisis from Shami Chakrabarti (now better known as Baroness Chakrabarti of Kennington in the London Borough of Lambeth).

We found the whole series to be severely biased - so much so that I rather unkindly rechristened it 'From Fact to Propaganda'.

Of the eight episodes in the last series, 6 'came from the Left', 2 had no obvious agenda, and 0 'came from the Right' - a crisp demonstration of BBC bias in action if ever there was one.

Will this series be as biased?

The first episode this time around was by the same writer who also kicked off the last series: Chris Dolan. (Spooky, eh?)

Last time round it was a rather funny supernatural dramatic fantasy which made the point that there are more important points to worry about than immigration.

This time round it was a supernatural-tinged short story centred on the bitter generational split apparently existing in our country today.

It certainly wasn't Shami-style sledgehammer agitprop, and I do like a good mysterious short story, but it still has to be said that it was pretty obvious where its political sympathies lay and, as a result, I will be marking it as the first 'score on the door' this series and placing it without compunction in the 'came from the Left' column.

I'm not sure how many episodes are still to come, but it's probably worthwhile tallying things up again and seeing if any Right-leaning voices are given a platform by the BBC this time round. A nice piece of 'balancing' pro-Brexit agitprop from Nigel Farage anyone?
Posted by Craig at 19:00