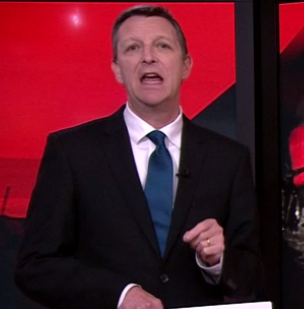 The BBC's pro-mass immigration Home Editor Mark Easton gave his 'assessment' of the "major incident" in the English Channel on last night's BBC News at Ten.

While there are real concerns at the risks these migrants are running and the criminal gangs who are exploiting desperate people, in terms of a threat to the UK, the "major incident", as the Home Secretary has described it, the numbers actually are really quite small. In the whole of 2018, 312 people in small boats were intercepted by the UK Border Force trying to enter Britain. The National Crime Agency makes the point that many more than that are intercepted trying to get into the UK [illegally] at conventional ports, hidden in lorries and vans sometimes specially converted by organised criminal gangs and people traffickers. To give you some idea, in 2016, officials stopped 56,000 people trying to cross the Channel clandestinely. And we know that in the year to last September, 28,000 people applied for asylum in the UK. Now, that actually is still FAR below the number which applied back in 2002, when it was 84,000. And it is also far below the applications comparable EU countries typically receive. In the year to last June, Germany saw almost 168,000 applicants, France 108,000, Italy 102,000. Greece actually saw 40% more applicants than the UK, with a fifth of our population. Indeed, of the 28 current EU countries, the UK comes 17th in terms of asylum applications per head. So, while the sight of small dinghies trying to evade the border force patrols may make people feel deeply uneasy, the impact on our country must really be described as marginal at most.

I think all I probably need to do is to re-post a comment from the open thread:

I took that transcript from TV Eyes, and TV Eyes followed precisely the subtitles broadcast on the News at Ten. Both the TV Eyes transcript and the BBC One subtitles are the same as the transcript I've posted above - except for one word.

Here's a screengrab from the News at Ten. 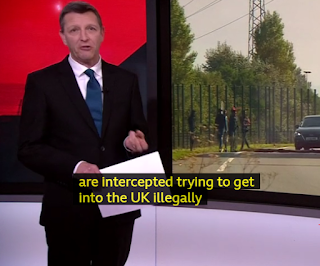