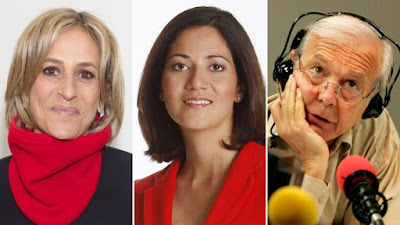 It took three authors, Rosamund Urwin, Shingi Mararike and Ellie McDonald to come up with this unexpected theory.


“Yet, perhaps surprisingly, Humphrys is already outflanked on interjections by two BBC colleagues — Mishal Husain and Emily Maitlis — both of whom have a reputation for being more measured.”

Reputation with whom? Misha Husain is measured? Who knew?


The comments below the line are equally remarkable. Interruption coefficients? Where’s Craig?