Although they won't all make sense without the context of the replies and what preceded them, this list of Emily Maitlis's questions and points from last night's Newsnight will give you a clear sense of the angles being pursued throughout. 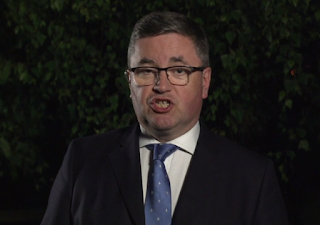 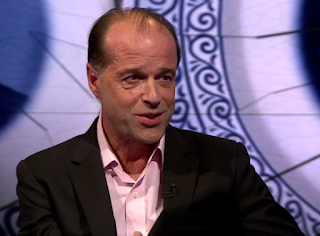 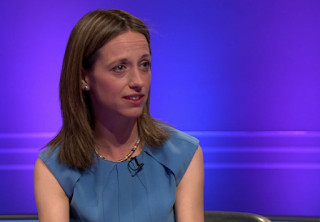 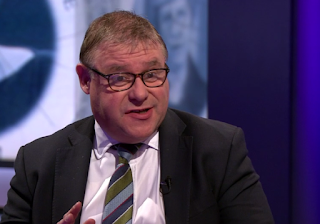 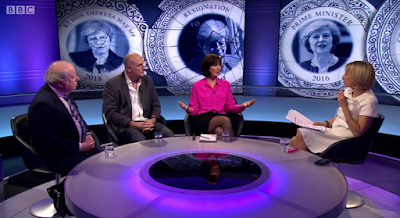 The John Sergeant, Jenni Russell and the John Crace discussion

So, with Robert Buckland, the themes were the need for compromise, the character of Boris Johnson and the 'hardening' of the Tory candidates over No Deal. Note the Boris-bashing pull of her question here.

With George Hollingbery, the themes were Mrs May's character, the character of the Conservative Party, the need for compromise and Mrs May's lack of a legacy. That strange question - "She coined that whole phrase of 'the nasty party', and here it was being enacted over her and on her and, when you look at the way the Conservative Party acts, it feels like you knife all your leaders, whether it's Churchill or Thatcher or, you know, the bastards going for Major, what's happened to May. I wonder this is just all a pattern..." - provoked a couple of points in my mind: (1) Theresa May didn't "coin" the phrase 'the nasty party'. She said, "You know what some people call us - the nasty party. I know that's unfair. You know that's unfair but it's the people out there we need to convince" and (2) Churchill wasn't knifed out of office.

With Helen Whately, the overriding theme was the smallness of the Tory electorate and whether it's democratic for someone else to take over as a result. (Gordon Brown's ascent to the premiership anyone?)

With Mark Francois, the themes were who he will support, and whether he and his group are after purity in the cabinet (i.e. against compromise), and whether the ERG knifed Mrs May. Emily was, in my view, trying to paint him as extremely uncompromising (with a pun on 'extremely' intended).

With the panel at the end, it was back to Mrs May's character and her style of government, Mark Francois's pursuit of purity, what "We" thought about EU membership and how we should see our PMs. Emily was free with her thoughts here, openly disagreeing with John Sergeant's non-apocalyptic view of the true depth of the Brexit 'divisiveness' that Newsnight so often dwells on.

Perhaps the most striking thing Emily Maitlis said there was this - the "we" point:


When she took on that job, we were just discussing, we thought before the referendum that, you know, being a member of the EU or not was a technical choice. It was about negotiations and trade deals. And now it has become identity-defining. It's become about moral values, about the purity...we heard Mark Francois talking about whether Steve Baker was more pure than Boris Johnson. It has become so defining.

Doesn't that just crystallise so much about how "we" (Emily & Co.) think? From what she says, "we" never really considered the "identity" aspects of EU membership. Many opponents of the EU, for decades, have placed that - questions of nationhood and sovereignty - at the very front of their reasons for wanting to leave the EU, but Emily seems to have just become aware of such concerns, "now". Isn't that what she's saying here?
Posted by Craig at 15:43