This morning's Sunday on Radio 4 was largely devoted to current affairs. This isn't unusual, of course, just there was even more current affairs than usual this week. Here's how it went.

1. Indian elections: Rahul Tandon reports from Calcutta on the key religious issues to watch out for as India goes to the polls on Monday 7th April.


This was a discussion between Edward Stourton and BBC reporter Rahul Tandon. It began by discussing the man tipped to win the Indian election, Narenda Modi of the "Hindu nationalist" BJP. Ed has a disapproving tone of voice he uses when talking about certain people, and his first mention of Mr Modi had something of that tone about it. The reason for that soon became clear. Ed told us that, "He is a controversial figure, especially for Muslims". That controversy arises over his role during inter-communal violence in Gujurat in 2002, when he was chief minister there. The leader of the large mosque in India has now come out and said that the country's 13% Muslim population must vote against him. Rahul said that has been "some communal rhetoric" from Mr Modi's supporters, and that it is "there very much in the background". 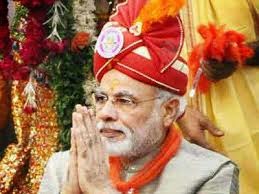 Rahul also discussed tension between the Indian Congress Party, especially the Gandhi clan, and the Sikh community, but said that the Sikhs are a very small minority and the difficulty for Congress is confined to the northern state of Punjab. He also mentioned the strength of pro-Tamil, anti-Sri Lanka sentiment in the southern state of Tamil Nadu, and the Hindu-Christian tensions in the Western state of Orissa following the riots there a few years ago.

India's secular status is more at stake in this election than ever before, said Rahul - though the election isn't as intense as previous election. He thinks the 42 degree heat might be partly responsible for that!

2. Rwanda: On the 20th anniversary of the genocide in Rwanda, our reporter Kati Whitaker reflects on the impact the genocide had on her when she visited the country and Dr Andrew Wallis, Cambridge University talks to us from Rwanda about how religion is playing a role in reconciliation.

Kati Whitaker's report remembered Rwanda during the genocide, Rwanda ten years on, and Rwanda now, twenty years on. The genocide began three days after Easter in April 2014, and the theme of forgiveness and memory ran through the report. The singing of Tutsi and Hutu women in 2004 was a striking moment. In the years after the genocide, there was great bitterness. The Tutsi widows would throw mud, stones, anything at the Huti women who'd stood by during the genocide. Then a drought came, and the Tutsi widows began sharing their Red Cross-donated food parcels with Hutu women. Nowadays, the dusty shacks of Kigali twenty years ago have gone. Rwanda has "squeaky clean shopping malls" offering myriad flavours of ice cream, and it's "a society on the move", determined to leave the past behind and its terrible memories. Is that necessarily a good thing, wondered Kati. 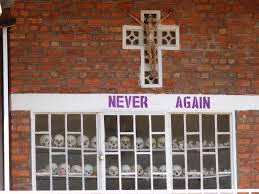 Then Ed interviewed Dr Andrew Wallis, author of Silent Accomplice (a book about France's role in the genocide). He was especially critical of the the Roman Catholic Church's role. He said that during the 32 years from independence in 1962 through to the 1994 genocide, Catholic Anglican and Presbyterian churches allied themselves closely to the first two presidents of Rwanda and their "apartheid-like" policies against the minority Tutsis. The role of large numbers of individual priests in leading or abetting the killings during the genocide is well-documented. Some have been active in "genocide denial" since. Others fled to Europe and have been given new parishes. Dr Wallis says that Anglicans have been best at recognising their wrongs, while the Catholic Church has been worst. He says the lack of a Vatican apology still rankles there. He wondered: How can a church preach forgiveness in its flock if it can't bring itself to fully apologise for its own sins? He added that the Muslim population has doubled since 1994, as they didn't join in the genocide and sheltered many Tutsis. Plus there's been a huge growth in Pentecostal & Evangelical churches in Rwanda.

3. Hollywood religious blockbusters: As the film "Noah" divides audiences around the world, writer and comedian Paul Kerensa gives us his take on how to produce a Hollywood movie that appeals to everyone.

This was a jokey piece from the author of Genesis: The Bluffer's Guide.  It was quite funny. Paul himself is a Christian.

I learned from it that Jon Voight's 1999 film Noah's Ark contained pirates...to which 'Good grief!' is the only response. 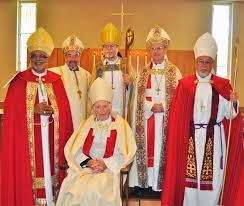 ....Before moving on, Edward Stourton - anticipating the double interview with the two archbishops - wondered aloud what the collective noun for a group of archbishops is. The term for a collection of bishops is either 'bench' or 'Psalter', he said, though Googling around also suggests 'sea' is another possibility. No answer came to this very important question though, and Google has failed me too. Fancy there not being a word for a collection of archbishops! (I'm appalled, and will be writing to my (useless) MP about it.) As the collective noun for several species of primate is 'troop', I propose 'a troop of archbishops'....

This was unexpected. I will admit, given years of listening to Sunday, that I was expecting a typical mealy-mouthed BBC report which would lend the Muslim Brotherhood an unduly sympathetic ear and question the wisdom of the UK government's investigation of the Brotherhood.


Not a bit of it though.


Kevin went to the offices of World Media Services, Cricklewood, which is said to have become the world HQ of the Muslim Brotherhood since the crackdown in Egypt, the place where the organisation's exiled senior leadership meets. Kevin talked to the man who runs it - Mohamed Ghamen, a 'publisher'. He denied that it's used as their HQ. So did Mohammed Soudan of the MB's Freedom & Justice Party, now based in London after fleeing Egypt. Kevin Bocquet challenged his denial, pressing him over the matter surprisingly strongly (especially for Kevin, who's usually such a meek and mild interviewer). Listeners were left in little doubt that there was plenty of smoke here, and probably a fire - an impression strengthened by Sunday favourite Fawaz Gerges of the L.S.E. who further undercut their denials by insisting that the Brotherhood's secretive leadership is now in London. [Well, there's a surprise! We get them all, don't we!!] 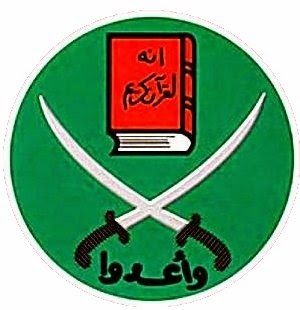 Against Mr Soudan's assertions that the MB is still a "peaceful" organisation were set the views of Mariz Tadros from the Institute of Development Studies saying that, yes, they are being persecuted in post-Morsi Egypt but they are themselves far from blameless. There's a mutual use of violence, she said. Many are armed, and their violent assaults on the security forces provoke a violent response - and that undercutting of the MB's protestations of peacefulness was enhanced by what followed.

Kevin wondered: What do "ordinary Muslims" think of the Muslim Brotherhood? He went to a cafe just off the Edgware Road to find out. [You'll be as happy as I was to know that he loved the food]. One says "no good" at the mere mention of the Brotherhood; indeed, they all say that they "don't like them" and that "they are violent". They agreed with David Cameron.

Fawaz Gerges then ended the report by saying that says if the UK government finds links to terrorist groups, the MB will be in "serious trouble." [It shouldn't be too hard for the UK government. There's an organisation affiliated to the Brotherhood called Hamas for starters.]

What with that Panorama on Luftur Rahman, the Clegg-Farage debate and Today's pursuit of the Trojan Horse story, this has been a remarkable week for the BBC.

5. Listen to God, Hear the Poor: Cardinal Vincent Nicholls and Archbishop Justin Welby come together for the first time with an exclusive interview to talk about a prayer pilgrimage that begins on Sunday and a trafficking conference in Rome.

Just as an aside here, having written about the programme for some time now, I've got to say (having held back on doing for ever since this blog begin!) that whoever writes the weekly blurb on the Sunday website - and I suspect it's been the same person for a few years now - is a devil for misspelling people's names. It's not a one-off problem. It happens again and again. This week it's "Kevin Boqcuet" and "Vincent Nicholls", both consistently misspelled throughout today's webpage. That's probably OK on a blog like this, but on a BBC Radio 4 website, it doesn't look at all good.

Anyhow, this closing 17 minute-long double interview with the Archbishop of Canterbury and the Cardinal-Archbishop of Westminster was, Ed said proudly, a "first".

They mainly talked about the poor - Lent, the parable of the sheep & goats, Listen to God, Hear the Poor, social action, food banks, Catholic social teaching, the Common Good, etc - though human trafficking was on the agenda too. Both Cardinal Nichols and Archbishop Welby are off to the house of one of the Guildford Four (Giuseppe Conlon) this afternoon, a place for refugees and asylum seekers run by the Catholic Workers' movement. [Yes, really.] 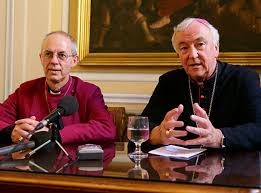 Edward Stourton quite properly pressed them both on the issue of whether they are straying too close to party political matters. That was his main line of questioning.

Just before the end, Ed challenged Justin Welby to clarify what he meant by saying that backing same-sex marriage here could be very dangerous for Christians in, say, Africa. At the mere mention of gay marriage, Justin groaned loudly. But there was no escaping Ed's question, either for Archbishop Welby or for us.

I've given up being gratuitously mean to Sunday for Lent, so I'll say that this wasn't a bad edition of the programme.
Posted by Craig at 10:55