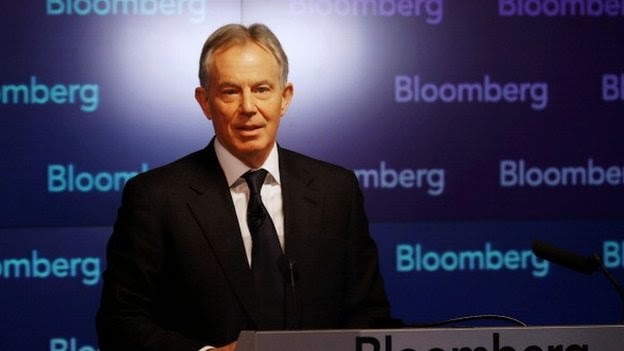 I knew it!
As soon as I heard the headlines this morning on the radio (BBC radio 4) I knew what would happen.  Tony Blair says something that needs saying - the very thing that our current bunch of politicians, journalists, movers, shakers and Uncle Tom Cobley ‘n’ all are too deaf, dumb and blind to say. But because Tony Blair, the most reviled figure in the western hemisphere and beyond is the one who’s saying it, the message goes down the plughole with the rest of the bathwater.
No sooner did I click on the Guardian, as directed by the BBC website, than zillions of comments confirmed what I already knew. Most of the great British public have turned into zombies and antisemites.
I’ll just spell it out. Tony Blair has become known as, in no particular order:


So when he says something we need to hear, it will be drowned in a sea of denial.
Brace yourself and look at the comments below all the Guardian’s reports related to his speech.  It seems that because Tony Blair is now a pariah,  a mouthpiece of Netanyahu, spawn of the devil, everything he says is tainted. His speech, made with the intention of trying to waken us up, has had the opposite effect. We’ve descended into a deeper slumber. If only he’d persuaded someone popular to make his speech.


But who? I know. Russell Brand. Too immature. Alan Titchmarsh? No. Too mumsy. How about Mary Berry? Hmm.
Suggestions on a postcard please.
Posted by sue at 15:06