As for many of us, this week was another four-day week for Newsnight. (I like four-day weeks). What did they cover this week, and who did they interview?

Tuesday 22/4
1. David Moyes sacking by Man United: "Game over. David Moyes is out. But whoever is in next at Manchester United they'll need to perform and fast. Do we all lose out if we just aren't willing to wait for success". Interview with Paul Marshall, member of the Red Knights consortium; Alyson Rudd, football columnist, The Times; & Professor Bill George, Harvard Business School.
2. Ukraine: Discussion with Mark Urban.
3. The far-Left attempt to take over the NUT: "'Michael Gove, the demented dalek on speed'. Teaching unions often want to exterminate education secretaries but is the National Union of Teachers also on track to poison itself as candidates from left-wing Militant push for control?" Interview with Kevin Courtney, deputy general secretary, NUT & John Blake, Labour Teachers.
4. 'The Second Machine Age': "Technology is meant to make everything in our lives so much easier. Everything that is apart from finding a job. 'There is no economic law that says that everybody's going to benefit from technology. It's possible for some people, even potentially a majority of people, to be made worse off.'"
5. Safety on Mt Everest: "And industrial action at 30,000 feet. As more than a dozen mountain guides lose their lives in an avalanche, sherpas say they won't take climbers up Everest unless their lives improve. We seek the views of climbers who've reached the summit themselves." Interview with Alan Hinkes, climber & Bonita Norris, climber.
[closing credits: a violinist attempts to break the world record for fast playing, performs The Flight of the Bumble Bee]

Wednesday 23/4
1. Ukraine: "Tonight Vladimir Putin sends out a warning to the West saying that Russia will respond if its interests in Ukraine are attacked. What kind of Russia is this man trying to create? We speak to the Pullitzer Prize-winning editor of The New Yorker who witnessed the fall of communism close up and has been following Vladimir Putin's every turn". Interview with David Remnick, The New Yorker.
2. Violent crime: "Statistics suggest that incidents of violent crime have fallen inexorably over recent years, halving in this country over the past decade, without anyone truly understanding why. Now a new study by Cardiff University...suggests the reason for the drop is a less macho culture, combined with the fact that fewer young people are drinking, partly because of cost but also because society is changing, and across the Western world." Interview with Pauline Pearce, the 'Hackney Heroine'; Daniel Knowles, The Economist; & Professor Steven Pinker, author The Better Angels of Our Nature.
3. Boris: "Whatever's happening to this likely lad? Newsnight learns that Boris could announce his decision on a return to Westminster as early as June."
4. Debt: "What happens if you lose everything, go bankrupt, is a question which may face more of us if interest rates rise, but what happens when discharging a debt can cost you many times over? Sometimes debtors have no choice but to allow professionals called insolvency practitioners to manage their affairs, and the government is increasingly concerned that the fees they charge could be very high."
4. Shakespeare: "And in the company of Helen Mirren we kick off a week of celebrations of Shakespeare's 450th birthday with a series of performances on Newsnight by some of our finest actors." Report featuring Helen Mirren; interview with Josie Rourke, theatre director & David Harewood, actor.
[closing credits: David Harewood performs Iago from Act One of Othello]

Thursday 24/4
1. Operation Trojan Horse:  "Tonight on Newsnight the Birmingham school at the centre of the allegations of an Islamist takeover. For the first time some teachers who taught there speak of their experiences. 'In the boys' sex education lesson a worksheet was given out to them which says a woman has to obey her husband. Questions were asked: Does that mean a woman can't say no, we can demand sex?'" Interview with Talha Ahmad, Muslim Council of Britain & Andrew Copson, British Humanist Association.
2. Labour's policy on zero hours contracts: "Behold, a Labour policy! Nearly twenty years after New Labour promised to get rid of zero hours contracts Ed Miliband finally reveals his reforms." Interview with James Sproule, Institute of Directors & Kevin Jennings, Unison.
3. Wind turbines and the Tories: "David Cameron, who once memorably had his very own small wind turbine on his roof, has announced that under a Conservative government support for these giant whirligigs will be becalmed...So the party that once urged us all to 'Vote blue and go green' is blowing cold on their much-vaunted energy policy".
4. China's military: "China has the biggest standing army in the world but it's in the midst of a radical transformation".
5. Cornwall: "Power to the Cornish people! After winning official minority status is independence next for the land of pasties, pirates and Poldark? We'll be speaking to the man who's practically the King of Cornwall, Jethro." Interview with Jethro, comedian.
6. Shakespeare: "And Tom Hollander swaps his dog collar for a crown for tonight's celebration of Shakespeare's 450th birthday." Interview with Tom Hollander.
[closing credits: Tom Hollander performs Richard III, opening speech] 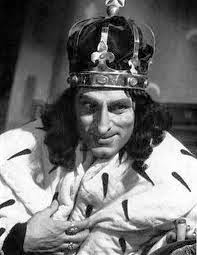 Friday 25/4
1. Disestablishmentarianism: "Iran, the Vatican and England. Members of that elite club where the head of faith is also head of state. Could it be time to end all this? The Deputy PM thinks so. The Church doesn't." Interview with Rose Hudson-Wilkin, Speaker's Chaplain, House of Commons & Giles Fraser, priest, St Mary's.
2. Pakistan's blasphemy laws: "A 73 year old British grandfather has become the latest victim of Pakistan's notorious blasphemy laws. After reading some verses from the Koran Masud Ahmad was jailed for "posing to be a Muslim" and locked up for 65 days. He has now fled bail and is staying with his children in Glasgow." Report featuring interview with Masud Ahmad.
3. New mortgage rules: "New mortgage rules come into force at midnight aimed at insuring borrowers are not offered loans they can't afford. Homebuyers are being warned to expect more scrutiny and a greater chance of rejection..."
4. Britpop: "And will Damon Albarn finally concede Oasis were better than Blur?" Interview with Report featuring interview with Damon Albarn.
[closing credits: Helen Mirren performs Cleopatra, Act 5 Scene Two, Anthony and Cleopatra.]
Posted by Craig at 08:05