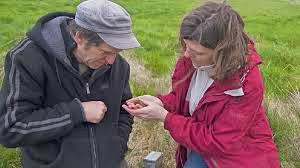 Alan has posted some interesting material at Biased BBC this morning, including a piece on how Al-Jazeera praised the restraint of the Israeli military (not something you're ever likely to hear from Jeremy Bowen) and an extract from an essay by left-wing former BBC reporter Nick Jones on the problems facing the corporation. (He reckons its problems ultimately stem from "the free-for-all of the Thatcher era and then the bonus culture of the Blair years").

Here at Is the BBC biased? though, we've got something about voles for you. Yes, voles.

There was an interesting The Living World this morning on the subject of voles. Yes, voles.

Presenter Chris Sperring went with Dr Fiona Mathews, Senior Lecturer in Mammalian Biology at Exeter University, to track down some voles in the Mendip Hills, Somerset. (I can think of worse ways to pass a few hours.)

We learned that there are five types of vole found in the UK - field voles, water voles, bank voles, Orkney voles and Guernsey voles.

They can be recognised by differences in size, colour, length of tail, size of ears, what they smell like, and by what they eat. (Field voles, for example, are grass specialists. Bank voles, in contrast, also eat shrubs, fruit and invertebrates.)

There's an estimated population of 75 million field voles in the UK, living out their very short lives.

Other factoids are that voles produce urine which is visible in ultra-violet light, presumably as a way of signalling to each other (scent-marking). Unfortunately, some of their (many) predators can see it too. 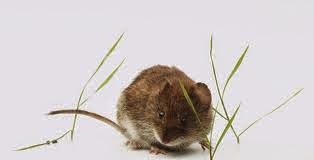 Also (as that apparent scent-marking suggests) voles are territorial, especially the females during periods of lactation. Males are rather more free-and-easy apparently, and the females aren't so fussed about them intruding.

That said, voles tend to stay close to where they were born, maybe dispersing a 100m away at most. They can breed within five weeks of being born.

As for the 'vole cycle', some UK vole populations go through multi-annual cycles (with numbers fluctuating up to tenfold on a three to four year cycle), others are just seasonal, having their fling in the spring or late summer and then passing on. It's "one of nature's mysteries" why each population does as it does, according to Dr Fiona.

Those of you who sit in dread during BBC natural history programmes awaiting the inevitable moment when climate change is mentioned will not be surprised though to hear that climate change did indeed come up, with the recent floods being unambiguously attributed to it.

"So we see climate change having a major effect", asserted Chris at this point.

Dr Fiona was asked to give a message. She wants farmers to keep undermanaged grassland at the edge of their fields, give it time to become tussocky grass, keep lifestock off it and don't cut it so often. That will allow voles to keep flourishing - unless Chris's scary predictions about the devastating impact of climate change on Britain's wildlife by the end of this century come true.