The Rime of the BBC Reporter

Apropos of nothing (to put it mildly), there was a report on today's The World at One about the Conservative Party's apparent problems with ethnic minority voters from BBC political reporter Iain Watson. It came from the marginal seat of Croydon Central.

BBC Iain went there because Croydon "has a long history as an ethnically diverse borough". Or so he said.

His evidence for which was provided by the music playing in the background of his report's opening seconds - Hiawatha's Wedding Feast by the black, Croydon-based composer Samuel Coleridge-Taylor (1875-1912).

"This piece was composed by the 19th Century composer and long-time Croydon resident of the area, Samuel Taylor Coleridge, whose live's commemorated here in a local museum just beside the Croydon clock tower. And with the passage of time many more people have followed in Coleridge's footsteps." 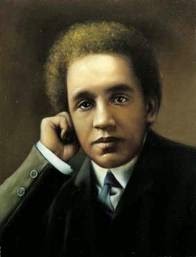 Do you see what he did there?

He confused Samuel Coleridge-Taylor, the Croydon-based "African Mahler", with the famous poet Samuel Taylor Coleridge, chum of Wordsworth and writer of The Rime of the Ancient Mariner and Kubla Khan.

If anyone has a spare albatross could they please send it to Iain Watson so that he can put it round his neck in penance.

In Croydon Town did Iain Watson
A foolish news report decree:
Where ethnic minorities ran
In numbers measureless to man
Down to the BBC.

Labels: 'The World At One', Iain Watson