Shock news! 'Today' editor says BBC gets its about right on climate change 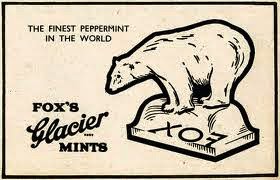 ...still, there is one thing I can do tonight, blog-wise, that puts the question 'Is the BBC biased?' back at the forefront of our attention, and that's to transcribe part of Roger Bolton's Feedback interview with Today editor Jamie Angus, namely the bit about the BBC's coverage of global warming.

Please see what you make of it (though I can probably guess!):

Roger Bolton: I want to raise this question of balance, specifically in relation to climate change. The programme has come in for some criticism, particularly over a story in which Today interviewed Nigel Lawson, who's a former MP, a former chancellor of course, but a non scientist who's sceptical about climate change, alongside a climate change expert and scientist, and this is from Liz from Lewis who is very concerned about the presence of Nigel Lawson on Today.

Liz: I was seriously disturbed by the interview. It seems to me an extraordinary idea of balance that's involved here to say that when you have a whole group of people, all experts in their field, who say one thing, balance means finding somebody with no expertise in that area to say the opposite.

Roger Bolton: So, Jamie Angus, in this case about the fact, if you like, of climate change, do you need to balance your discussions?

Jamie Angus: The BBC's reviewed its coverage of climate change and climate science and it's set out some admirably clear guidelines for us to follow. We are able to put on air people who take a differing view from the majority view of climate science; however, that coverage should be proportional, and I think that any reasonable listener who'd listened to Today's coverage of climate change across the past three months would probably find that Lord Lawson was the only climate sceptic, if you like, who'd appeared in that period, and I think, you know, when Justin and I and the programme team discussed that interview, we thought we'd allowed it to drift too much into a straight yes/no argument about the science. And, of course, the settled view of the expert scientists is just that: Settled. And I believe that our coverage reflects that over the long term.