Is the media (the BBC?) biased against UKIP? The public says, 'Yes' 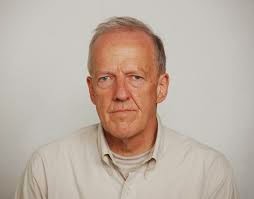 The mob-like tendencies of social media outlets were well described by Matthew Parris (boo!) in the Spectator, though (being an old media man) he rather underplays the extent to which this is, in part, only a quickening and democratisation of the old media's periodic hues-and-cries.

Another feature of social media outlets, not mentioned by Matthew (though probably implied), is the way they gravitate towards being echo chambers.

Being part of a social media echo chamber can be very satisfying. It's a friendly place - at least for those inside the echo chamber (though, like a mafia clan, the echo chamber doesn't just look after its own; it also guns down its enemies).

It's a reassuring place too. In moments of doubt (or insomnia), you might worry that your views aren't widely shared but inside the echo chamber you can relax in the belief that every sane person shares your views, and that - though others (trolls) may disagree - you really are part of one strand of mainstream opinion, and maybe, probably, even the majority strand.

Take, for example, the vast ranks of Twitter's #bbcbias brigade.

I don't think the 'the BBC are pro-UKIP' brigade are pretending (for the most part). They really do seem to blame the BBC (and specifically the BBC) for raising UKIP's profile and making it electorally successful. They count UKIP's appearances on Question Time [Sue's nocturnal favourite!] and ignore the baying anti-UKIP audiences, the highlighting of 'inappropriate' UKIP comments from minor UKIP party figures (at the expense of other, worse, unreported comments from mainstream, higher profile figures), the high interruption coefficients (to coin a phrase) against UKIP interviewees by BBC interviewers, the regular anti-UKIP tweets (and retweets) of high-profile BBC reporters (and there have been more of those today from Hugh Sykes and Jon Donnison), etc, etc.

Such people are living in a fantasy world; however, by echoing and re-tweeting each other, they come to believe themselves to be the majority point of view - the voice of reason...

....however, (h/t Guido Fawkes) polling evidence shows they aren't any such thing. (Bring me the smelling salts, nurse!)

A fascinating YouGov survey, reveals that a majority of the British public thinks the British media (including the BBC) is biased against UKIP - and biased at the behest of the political class. (Mr Fawkes draws the conclusion that you can’t fool the public all the time). 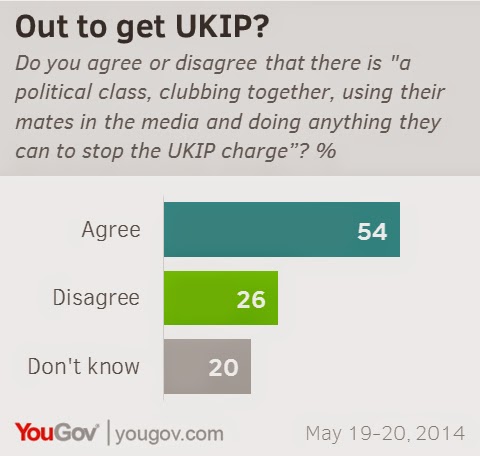 This is intriguing, isn't it? If you apply it to the BBC (and some of the respondents must have done), it kind-of ties in with the 'the BBC is pro-Establishment' line a significant minority of people polled in such surveys say they believe. It also seems to transcend simple Left/Right divides.

And, reinforcing this, YouGov is keen to highlight that this view is largely non-partisan. It notes that majorities of UKIP (77%) and Conservative (53%) supporters take this view, as well as pluralities of Lib Dems (31%) and Labour (40%).

The more general aspect of YouGov's polling is just as interesting, but I doubt it can be so readily applied to the BBC as, here, people are aware of the party preferences of most UK newspapers and will doubtless factor that into their answers: 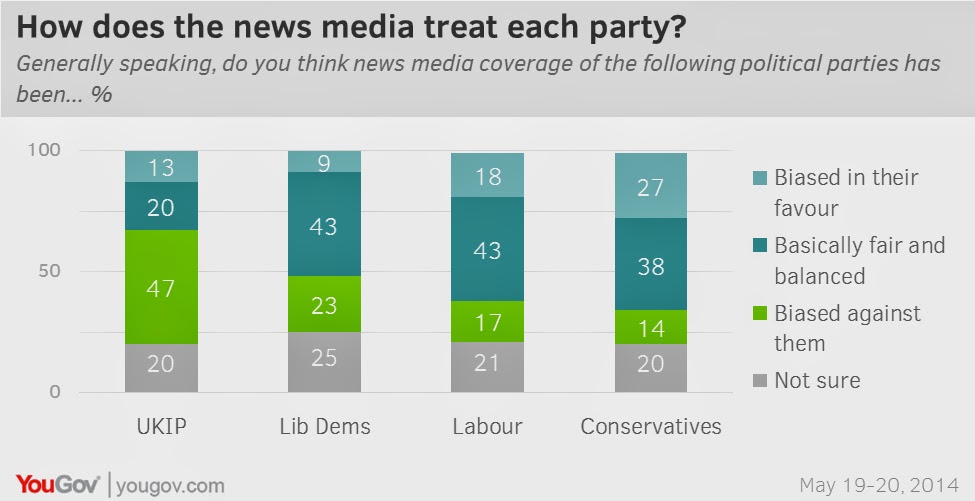