“We were too institutionally nervous of saying, isn’t immigration getting a little bit out of hand? And can we be critical of multiculturalism"? 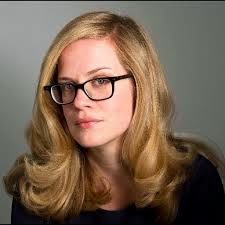 Sometimes, especially in the Sunday papers, you find yourself reading one of those long articles wrapped around interviews with someone interesting but, instead of enjoying it, you seem to find yourself mostly whingeing about the arrogant intrusiveness of the journalist behind the article.

You think: That journalist is only interested in using her subject to appear more knowing, more intelligent, more interesting than her interviewee, stamping her own ego on the interview like a giant 'LOOK AT ME!' sign superimposed on a life-sized cardboard cutout of the chief librarian of a provincial library by a chief librarian of that provincial library...(and often using those kinds of florid simile too)...

You think: Stop showing off, shut up for a minute and let the man speak.

Well, Camilla Long's piece wrapped around an interview with John Humphrys in today's Sunday Times appears to fall very firmly into that category. Camilla appears to to think herself so much wiser about the Today man (and everything else) than the Today man himself. Whether her self-confidence is entirely well-placed seems rather doubtful to me. She still reminds me somewhat of the 'awkward journalist' in that glorious Harry and Paul spoof of Have I Got News For You (and other such shows).

If you can see beyond the paywall you might see what I mean.

If you can't see behind the paywall, however, here's a BBC bias-related section from the interview where Camilla, just for once, places a small part of her indefatigable ego back in the 'pending' tray just enough to allow the Great Harrumph time to repeat his earlier comments about (past) BBC bias:

The main sticking point is the BBC licence fee, which this serious, thoughtful person regards as “essential to the future of the corporation”. But it is recovering from much deeper troubles as well, “an existential crisis greater than it’s ever been”, following “soft” reporting on the EU and immigration.

Over the years, the BBC became “a bit complacent”, too touchy-feely, “a bit pleased with itself”, effectively ignoring the fact that “the country went through massive change. The Labour government underestimated by a factor of 10 the number of people who were going to move from Poland,” a vast uptick in numbers that, among other changes in population, was not sufficiently “interrogated” by the corporation. “We were too institutionally nervous of saying, isn’t immigration getting a little bit out of hand? And can we be critical of multiculturalism," he says.

"We didn’t interrogate immigration rigorously enough. We failed to look at what our job was.”

Most producers and presenters at the BBC lead “sheltered” lives, making them unable to see the realities of existence in places hugely affected by immigration, for example, where “there’s not a book in the house”. Even he was guilty: “I do remember, vaguely, interviews with ministers at the time and saying, ‘Are you sure that’s all there’ll be?’ And when they said ‘yeah’, accepting it.” Ukip, he says, has “very cleverly” exploited this.

The BBC is not responsible for Ukip but it was “arrogant”, he says, employing people who “thought they knew what was best for the country. It was and still is relentlessly middle-class. Unfortunately. There was a predominant voice and that was the liberal Oxbridge male.” Exactly the sort of people who would fail to interrogate immigration, he says.

John Humphrys again places the problem mostly in the past, and I don't doubt that the bias over, say, immigration was especially strong ten or so years ago (when it was rampant), but such bias, though generally much less overt these days, still persists.

Is it a dolphin in a bathtub though, Camilla?
Posted by Craig at 01:10